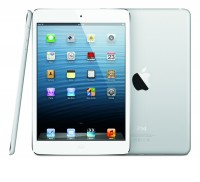 Research house IDC raised its forecast for the 2012 tablet market to 122.3 million units from 117.1 million units, noting that “Android tablets are gaining traction in the market thanks to solid products from Google, Amazon, Samsung and others”.

It also noted that Apple’s November launch of the iPad Mini, along with its “surprise” refresh of the full-sized iPad, positions the market-leader well for the holiday sales period.

Tom Mainelli, research director for tablets at the company, said: “Tablets continue to captivate consumers, and as the market shifts toward smaller, more mobile screen sizes and lower price points, we expect demand to accelerate in the fourth quarter and beyond.”

The growth comes at the expense of ereaders, with the company lowering its forecast for these devices “for 2012 and beyond”.

While front-lit ereaders from Amazon and Barnes & Noble have “captured the interest of a subset of consumers who prefer a dedicated ereader”, most buyers are moving to “multi-use tablets” which deliver a “good enough” reading experience.

IDC also said that it expects Android’s share of the tablet market to be 42.7 percent in 2012, growing from 39.8 percent in 2011. In the longer term, the company expects Windows to grab 10 percent market share by 2016, at the expense of both iOS and Android.