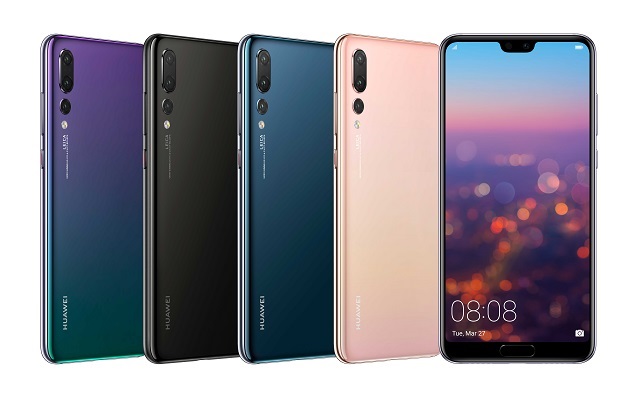 Huawei boosted its smartphone market share in China in the second quarter by nearly 10 percentage points, with shipments increasing 27 per cent year-on-year in a falling market, IDC data showed.

The vendor shipped 36.3 million units in Q2, taking its share to 37 per cent. Will Wong, research manager for client devices at IDC Asia Pacific, said Huawei further strengthened its position in the country and grabbed market share from other players.

“Its success was not only because it brought much of its overseas teams back to China to focus on local distribution, but also because of its strong brand image in the country.”

The other vendors in the top five saw shipments decline between 6 per cent and 19 per cent year-on-year, and their market shares dip slightly or remain flat (see chart below, click to enlarge). 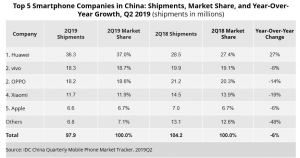 “At the same time, 5G phones and services are finally hitting the market in 2H19. We expect more adoption next year as prices reach more mainstream price segments, thus being a welcome accelerator in an otherwise challenging market,” he said.