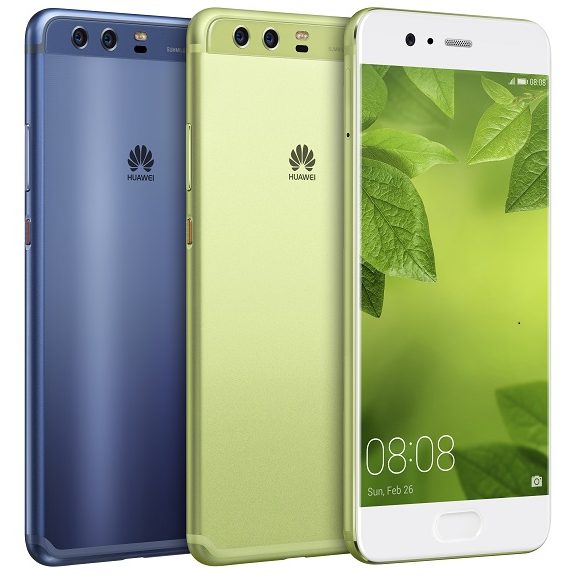 Ambitious smartphone vendor Huawei made its mark early at this year’s Congress, unveiling its new P10 flagship smartphones and smart watches at a glitzy event today.

The company, currently the world’s third largest smartphone vendor, seized its opportunity to make a splash at the event, with the expectation that rival Samsung would not use Mobile World Congress to unveil its new flagship.

After widespread promotion on social media ahead of the event, Huawei finally took the wraps of the P10 and P10 Plus smartphones, successors to last year’s P9, with the devices compared heavily to the iPhone 7 and the Galaxy S7 throughout the presentation.

Richard Yu, CEO of the company’s consumer business, broke the presentation into three parts, firstly focussing on the design of the device, before going into the camera and the smartphone’s underlying technology.

On the last point, Yu said the company was well placed to bring the latest technology to smartphones, given the fact that “we are also working on the telecoms networks”.

Like rival devices – iPhone 7 and the Galaxy S7 – the P10 is waterproof.
The company also unveiled “Ultra Memory”, a feature designed to reduce fragmentation of the device over time, which also uses machine learning algorithm to make apps run faster and more efficiently.

The phone’s fingerprint sensor also differs, in the fact that it is multi-functional, allowing users to access recently used apps.

Camera, colours and price
Huawei also heavily pushed its camera capabilities, which it develops with German camera manufacturer Leica. The rear camera uses 3D depth sensing to enhance images and the P10’s front camera also automatically detects when there is more than one person in a shot, with the capability of switching automatically to a wide angle.

Yu added the P10 came with the “best selfie camera on the market”.

The P10 is available in eight colours – dazzling gold, mystic silver, rose gold, prestige gold, ceramic white, graphite black, as well as in green and blue. The last two were hailed as the “trendiest colours of 2017”.

Huawei said the P10 will be available in March at €649, while the plus will sell for €699. The US is not among the first launch markets for the device.

The wearable devices will run on Google’s latest Android Wear software, and Yu said it was the lightest LTE capable smartwatch at 57 grams. It will be able to run standalone, with SIM card compatibility and also has 4GB of storage.