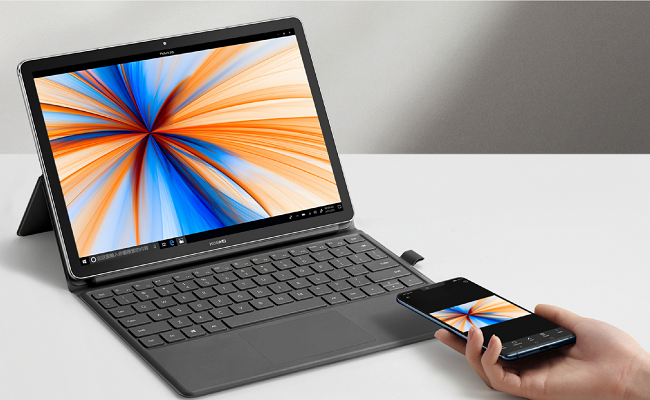 Huawei launched an always connected PC powered by Qualcomm’s Snapdragon processors, in the shape of its Matebook E 2019.

Qualcomm has been pushing the concept of Snapdragon-powered PCs for several years, highlighting features including integrated LTE connectivity and improved battery life. But devices have some limiting factors, particularly with regard to compatibility for some applications and for compute-intensive tasks.

Other vendors working in the space include Acer, HP, Lenovo and Samsung.

Reports state the Matebok E 2019 is powered by a Qualcomm Snapdragon 850 processor, with 8GB of RAM and 256GB or 512GB of storage. Some reports suggest 4GB RAM and 128GB storage options will also be available.

It has a 12-inch, 2K, touchscreen with kickstand and detachable keyboard.

The PC is compatible with the vendor’s Huawei Share technology, to enable seamless sharing with smartphones made by the company.

At the moment, the computer is only available in China, with the 256GB version priced CNY3,999 ($596) via online store Vmall.com (reservations are currently being taken). The timetable for an international release has not been revealed.