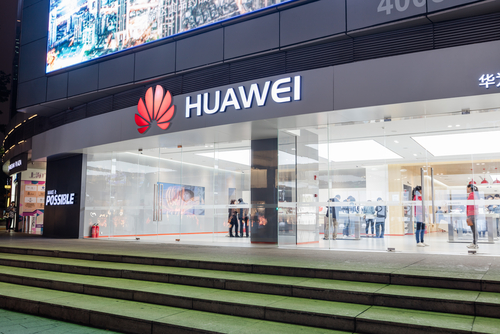 The Chinese vendor increased tablet shipments 13 per cent year over year to 3.2 million during the quarter and increased its third place market share to 10 per cent, up from 7.8 per cent in the year-ago period. That boost came despite a 12 per cent year on year slide in the overall tablet market, as total shipments declined to 31.7 million.

Nearly half of Huawei’s tablet shipments went to the Asia-Pacific region (excluding Japan), but IDC noted the vendor experienced “tremendous” growth in Europe, where shipment volumes jumped nearly 73 per cent. The company could have its eye on even more growth in the tablet space with a new line of MediaPad M5 tablets unveiled in February.

Apple retained the number one spot, nudging shipments up 2 per cent year over year to 9.1 million and capturing nearly 4 per cent more market share for a total of nearly 29 per cent. Samsung grabbed second place, but its fortunes were less positive, as shipments tumbled 11.4 per cent year over year to 5.3 million. The company, however, held its ground in terms of market share, maintaining the same 17 per cent share it had in the same period a year ago.

Amazon, which snagged the number two slot in Q4, fell to fifth place as shipments dropped nearly 50 per cent year on year to 1.1 million. Lenovo was in fourth place with 2.1 million shipments.

IDC warned it might be difficult for Samsung to defend its spot in the premium tablet space going forward as two-in-one devices from Apple, Microsoft and Google Chrome pick up steam.

Shipments of two-in-one tablets grew 3 per cent year on year in Q1, even as shipments of traditional slate tablets dropped 14 per cent in the quarter to 26.8 million.