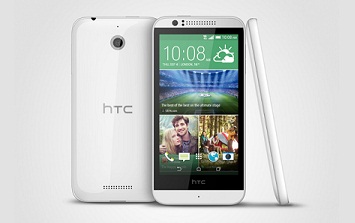 HTC is readying a move into the camera market, with a device set to rival similar products from GoPro, according to a Bloomberg report.

Apparently, the ailing Taiwanese device maker will offer a device with 16MP sensor and “ultra wide-angle” lens, which connects with smartphones and tablets running Android or iOS.

The move would come as the company looks to expand beyond its core market of smartphones, where it has suffered from fierce competition from a raft of rivals.

It was recently reported that HTC had shelved a smartwatch project, due to the fact it was struggling to come-up with a unique selling point in the face of a raft of new products reaching the market from its smartphone counterparts.

The company has also had a lukewarm engagement with the tablet market.

But why it would now think a move into an entirely new market, that also already has a number of established rivals, would reap better results is not clear.

Perhaps unsurprisingly, Bloomberg said that HTC had declined to comment on the talk.

HTC is apparently set to unveil new products early in October – it is not clear if this will include a new camera peripheral.

Separately, The Information reported that HTC had been cut out of a plan to make a mass-market Amazon Fire phone, after all but landing the deal, after AT&T found out it would not get the US exclusive.

This, it was said, put the launch of Amazon’s initial high-end Fire device in jeopardy – and this device is only available from AT&T in the market.

While HTC and Amazon had been linked previously, it was even said that the retail giant had looked at an acquisition – but was turned down by Cher Wang, who preferred a path of independence.