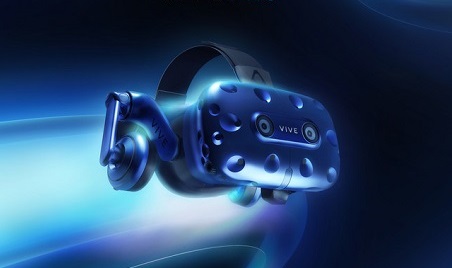 HTC said its high-end Vive Pro head mounted display (HMD) will be available for $799 and opened the ordering process, while also announcing a $100 reduction on its current Vive kit which takes the price to $499.

Vive Pro shipments are scheduled to start on 5 April. The company said the device is intended to deliver “the best quality display and visual experience to the most discerning VR enthusiasts”.

Daniel O’Brien, general manager, US, for HTC Vive, said: “Our goal has always been to offer the most premium VR platform available and to drive adoption of VR. By lowering the price of the current Vive, we are making VR more accessible while expanding the potential market for developers.”

Vive Pro features dual-OLED displays delivering a combined resolution of 2880×1600 pixels, a 78 per cent increase over the current Vive HMD. The new device also sports integrated, high-performance headphones with a built-in amplifier which “creates a heightened sense of presence and sound through noise cancellation capabilities”.

The device was redesigned to “maximise comfort for the most demanding VR users”. A remodelled head strap balances the weight more evenly, and features simpler adjustments for users who wear glasses.

It also works with SteamVR Tracking 1.0 and 2.0, meaning existing customers can upgrade the headset only and continue to use current generation controllers and base stations.

HTC also flagged a Viveport subscription price rise to $8.99 per month from $6.99, although customers signing before 22 March will be locked in to the lower price point to “at least the end of the year”.