HTC CEO hands over some duties to focus on smartphone fix 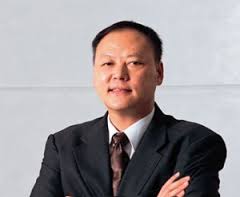 HTC CEO Peter Chou (pictured) has relinquished some operational duties at the struggling handset vendor to focus on product development, according to a Financial Times (FT) report.

His responsibilities for sales, marketing and supplier relationships are being taken on by Cher Wang, HTC’s co-founder and chairwoman in what is presented by Chou in the FT interview as a temporary move.

“I have become very focused in the past couple of months. Before that I was too busy. I took on too many things. I need to be more focused on innovation and [the] product portfolio,” said Chou.

HTC recently reported its first loss and Wang has been forced to publicly state support for her beleaguered chief executive.

According to a separate report, another co-founder called H T Chou has also returned to the company to head up certain projects.

Areas of the company’s performance facing recent criticism have included its marketing efforts. There has also been supply issues relating to the flagship HTC One, the device slated as the turnaround in the company’s fortunes.