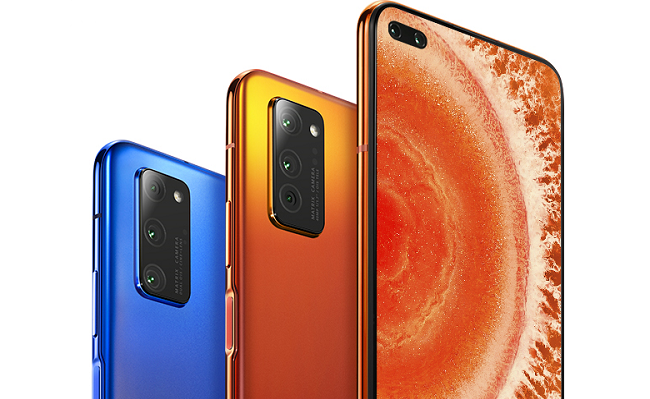 Huawei smartphone sub-brand Honor prepared to enter the 5G arena, unveiling its a flagship line at an event in Beijing today (26 November) with plans to launch the devices in its home market in December.

The Honor View 30 and View 30 Pro are powered by Huawei’s latest flagship chipset, Kirin 990, and feature five cameras: both offer a 40MP primary and 8MP telephoto lens, with a slight variation on wide-angle lens, 8MP on View 30 and a 12MP module on View 30 Pro, GSMArena reported.

Both run on Android 10 with Honor’s Magic UI, and come with 6.57-inch display, the news outlet stated. While both offer Honor’s SuperCharge fast power up option, the Pro edition can also be charged wirelessly, it reported.

The vendor also launched Honor MagicWatch 2, which it stated offers up to 14-days battery life and “intelligent and well-thought fitness and health monitoring technologies”, along with customisable clock faces and a choice of four straps.

It iw available in two sizes, 46mm and 42mm, with prices from €189 and €179 respectively. It will be available from 12 December in 21 markets in Europe, Middle East, Africa and Asia.

Subscribe to our daily newsletter Back
Previous ArticleTelia approves replacement for chair Ehrling
Next ArticleDomestic cash transfers tipped to top $3.5T in 2024