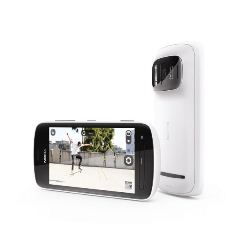 HMD Global is reported to have become the registered owner of the PureView trademark, previously used for imaging-oriented devices delivered under the Nokia banner.

While under Nokia’s ownership, the PureView brand was used for high-end imaging devices such as the 808 PureView smartphone (pictured), which boasted a 41MP camera. It was subsequently used on a range of Lumia devices, delivered both by Nokia and then Microsoft when it became owner of the Nokia devices unit.

HMD Global has already partnered with optics company Zeiss, renewing a relationship for Nokia-branded devices which the Finnish company established in 2005 and which led to the launch of 808 PureView.

With smartphone imaging having progressed by leaps and bounds in recent years, it will be interesting to see what HMD Global can do to create a device which merits the PureView name.

The EU Intellectual Property Office database shows HMD Global has taken control of a number of names previously associated with Nokia, including XPRESS-ON, as used for smartphone covers, and Asha, as used in Nokia’s feature phone line.