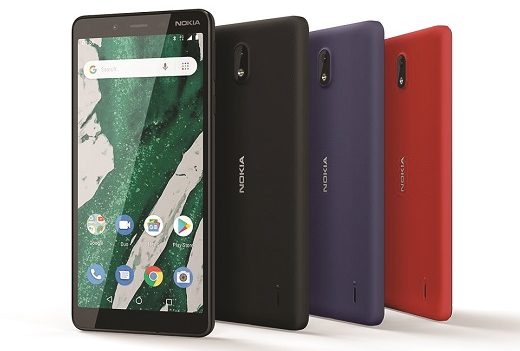 HMD Global launched what it said is the world’s first smartphone to have five rear-facing cameras, the Nokia 9 PureView, as well as showing off a host of new devices and reiterating its commitment to the feature phone market.

The 9 PureView, which will cost $699, takes photos in HDR as “five cameras simultaneously capture the image and fuse it together into one 12MP photo with outstanding dynamic range and depth of field”, the company said in a statement.

It also launched the Nokia 1 Plus ($99), describing it as the “big sister” to the Nokia 1 which was unveiled at MWC18. The company said the Nokia 1 performed “extremely well” in the under-$100 market.

Middle ground
In the mid-tier segment (one which HMD Global said will be popular with one-third of all smartphone customers), the company launched the Nokia 3.2 and 4.2, priced at $139 and $169 respectively.

The Nokia 3.2 has a 6.26-inch HD+ display and is powered by a “larger battery than many premium smartphones with efficient hardware and software ingenuity”.

With both the Nokia 3.2 and 4.3, HMD Global also debuted its Google Assistant button.

CEO Florian Seiche said the number of people using its smartphones globally tripled since in the past year, and Nokia is now one of the top five smartphone brands in many key markets including all of Europe, Middle East, North Africa and Russia.

Feature phone
At the other end of the price spectrum was a new feature phone, the Nokia 210. HMD Global said the handset is its “most affordable internet-enabled device yet and the latest addition to the market-leading feature phone family”. It is priced at $35 and available in three colours.

In a briefing, HMD Global’s chief product officer Juho Sarvikas said the feature phone market was very important to the company, with 400 million people expected to buy these devices in 2019.