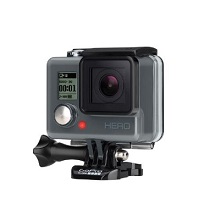 “Coster will influence all aspects of design at GoPro in his new role, including hardware and software and services, lending his strategic vision and expertise to maximising the GoPro user’s experience,” the company said in a statement.

Coster was a member of Apple’s “elite industrial design team” and is credited for his contributions to consumer electronics such as the iPhone 4 and the iPad wireless keyboard, the company said, adding that he holds more than 500 design patents and several utility patents.

At the time, CEO Nicholas Woodman admitted that the company had seen slow growth in the second half of 2015 and realised it needed to “develop software solutions that make it easier for our customers to offload, access and edit their GoPro content.”

As part of these efforts the firm recently announced the GoPro Developer Program, an initiative to support partners wanting to offer seamless integration with GoPro products.