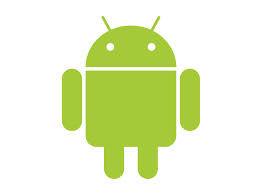 Google is reportedly mandating device makers include a ‘Powered by Android’ logo on the start-up screen of devices which support the Google Mobile Services portfolio.

Google Mobile Services is a suite of applications and APIs which enable device makers to integrate a number of key Google properties into devices, including Google Maps, Play Store and YouTube. But support comes with a number of limitations, including guidelines on app placement and setting defaults, and Google Mobile Services comes as a package – discouraging vendors from selecting alternatives for specific apps or services.

So far, the amount of Android branding used by vendors has varied, with some (notably Samsung) rarely referencing the operating system at all. But Google is now set to address this by forcing adoption of the logo at startup (alongside guidelines for its position).

While in some ways the move is small, it is nevertheless significant. For example, it reasserts the prominence of the Android brand on the first screen that users see when turning on a device, and comes as part-and-parcel of offering support for Google’s services – strengthening the position of the platform provider rather than the handset maker.

With vendors already facing challenges with how to differentiate Android devices from rival products, when arguably the most important features are the same, Google’s efforts to boost its own brand may sit uncomfortably with vendors looking to bolster their own identities (brand being a useful differentiator in its own right).

And it also underlines the fact that while vendors are able to generate revenue from hardware, few have succeeded in building a content and services proposition – and it is Google that generates income from the inclusion of its services on devices.

Although vendors can use the open source version of the platform – AOSP – to build devices without support for Google’s services, with recent releases of the Android platform Google has moved more and more capabilities into the Google Mobile Services suite – reinforcing its “all or none” proposition.

The only real alternatives to Google Mobile Services have been developed by companies either with deep pockets – such as Amazon for Kindle Fire and Nokia for its X devices – or regional players, such as Yandex in Russia. A number of Android variants have also been developed for the Chinese market by local online players.