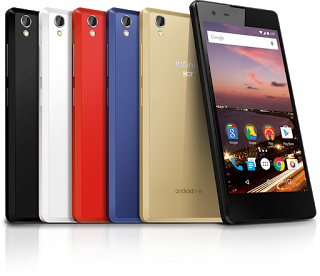 Google announced the expansion of its Android One programme into a number of African markets, as part of an initiative which also saw other developments intended to “deliver better mobile experiences” in the region.

Android One devices will now be available in Nigeria, Ghana, Ivory Coast, Kenya, Egypt and Morocco. Google is working with device maker Infinix to launch Hot 2, describing its partner as “one of the hottest, fastest growing smartphone brands in Africa”.

Hot 2 is priced at NGN17,500 ($88), and is initially available in Nigeria, with other countries to follow “over the next few weeks”.

The Android One programme has come in for criticism, amid speculation that device vendors are lukewarm about continued support for the effort. While the idea of enabling lower-cost smartphones via the use of a common platform makes some sense, it has meant that vendors have struggled to differentiate.

With Android handset pricing coming down of its own accord, the price differential for Android One has become less compelling.

Google Search
For customers who already own a smartphone, Google is offering a “streamlined version of Google Search”, designed to deliver a faster experience on devices with smaller amounts of computing power (such as 512MB of RAM). It said that this can reduce data usage on pages by up to 90 per cent, while halving the amount of time needed to load results.

And Google is also extending YouTube offline support to Nigeria, Kenya, Ghana and Egypt in the coming months, enabling video content to be stored on-device for up to 48 hours, for consumption where network speeds are poor.