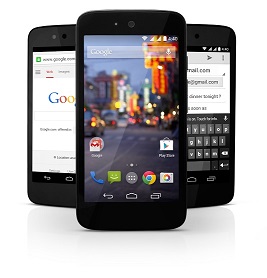 Google is set to put its faltering Android One programme at the heart of a “massive” investment push centered on India, while acknowledging that the going so far has not been smooth.

Rajan Anandan, MD of India and Southeast Asia, told the Financial Times that the company remains “very committed” to Android One, which was designed to enable the delivery of low-cost Android devices by using a common hardware and software platform.

“It is like any company when you try to launch a new initiative – we had a few hiccups,” he said.

Interestingly, Anandan also said that Google is looking to target devices in the INR2,000 to INR3,000 ($31 to $47) range, less than half the price of current Android One products.

This is not the first time that Google has gone on the Android One defensive. Earlier this year an executive said the company remains “pretty committed” to the effort, which is also addressing markets such as Bangladesh and Sri Lanka.

The comments came after it was reported that initial device maker partners – Micromax, Karbonn and Spice – had no plans for a second generation of smartphones.

One of the key issues mooted was that with device makers constrained by a common hardware specification, there was little opportunity to differentiate. In addition, the price differential to standard Android handsets has narrowed, making Android One a less compelling proposition.

Google’s desire is to enable the delivery of low-cost devices which support its products and services (Android One devices are also intended to be early recipients of platform updates), in order to extend its reach in the fast-growing Indian mobile internet market.