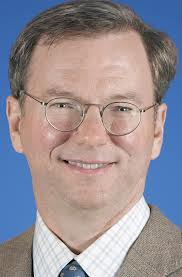 Eric Schmidt has talked up Google’s partnership with Samsung, describing it as the defining relationship for the Android platform, while promising devices from its own Motorola Mobility division that are “phenomenal”.

Addressing the widely reported belief that there is friction between Samsung, which is the largest manufacturer of Android devices, and the platform company, Google’s executive chairman said at the D:Dive into Mobile event that “I can confirm to you the press coverage of ‘the tension’ has not been correct”.

“They have literally hundreds of millions of phones coming out on the Android platform, and the value and the profits to them are very high, so I don’t think you are going to see much of a change there,” Schmidt said.

“Obviously we want a competitive market and obviously want as many competitors as possible, and indeed Motorola as a competitor, but the Samsung relationship has turned out to be a defining one and I will always be appreciative of their decision very early to go with Android,” he continued.

With regard to Motorola, Schmidt said: “What I would advise you to do with Motorola is wait and see for this next generation of technology. It’s very impressive.”

When asked about the type of devices in the pipeline, the executive used the description “phones plus”.

And the Google chief was also asked about Facebook Home, the social networking giant’s new Android interface. With Facebook taking over significant portions of the user experience, Google’s influence has been reduced – something that Schmidt played down.

“This is what Android is about. We are phenomenally happy that people are extending Android in all these ways. It’s called open source. Last time I checked, you can’t have half open source,” he said.