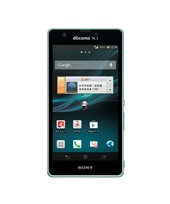 NTT Docomo is set to announce Fujitsu, Sharp and Sony as the lead partners for its winter 2013 handset portfolio refresh, with Samsung dropping from the list.

According to Reuters, the global handset number one has not been selected due to the lack of a new flagship – although its Galaxy Note III is expected to be announced early next month.

The report also said that while Samsung and Sony were the headline partners for Docomo’s summer refresh, the South Korean maker’s Galaxy S4 sold 700,000 units, short of a one million target – and well behind the 1.3 million achieved by Sony’s Xperia A (pictured).

Docomo has recently moved to a model where it promotes certain handsets more prominently than others, at a time when a number of domestic vendors are struggling to compete with their international rivals.

NEC and Panasonic have both announced plans to ramp-down their smartphone activities, as they have failed to offset weakness in the domestic market by growing their volumes overseas.

However, all three of the companies named as winter partners by Docomo are Japanese, with only Sony being a tier-one player on a global scale. Achieving flagship status would also be a significant boost for Sharp, which has seen its market share eaten into by international vendors.

Reuters said that although Sharp- and Fujitsu-made smartphones were the biggest sellers outside of the two devices Docomo promoted in the summer season, not being in the first tier “cost them dearly”.

Previous ArticleAsus, Samsung in frame for next Nexus update
Next ArticleAndroid wallets for Bitcoin are vulnerable, says backer