Coolpad gets funding for AI push 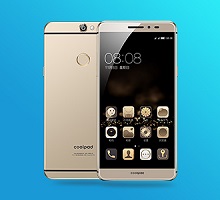 Chinese smartphone maker Coolpad picked up $300 million in funding, which it will use to “expand its capabilities in artificial intelligence” (AI), shortly after it parted from partner LeEco.

The Shenzhen-based company said the investments will be made “in the coming years” by Power Sun Ventures, a family trust of Chinese property magnate Chen Hua. Forbes reported his net worth at around $2.3 billion and stated Power Sun Ventures became Coolpad’s largest shareholder following the split with LeEco.

“With this new investment, Coolpad aims to shift its focus from being just in the mobile business to an AI-focused technology company. We plan to expand this by creating AI-focused applications across communications, health, education and gaming,” said Jiang Chao, CEO of Coolpad Group.

At CES 2018 earlier this month, Coolpad said it would use AI to boost its position in the high-end smartphone space, moving up from its existing entry and mid-tier positioning.

The company had a bumpy run in the last few years. While its partnership with LeEco was expected to deliver rewards in shared R&D, supply chain and mobile internet efforts, LeEco struggled with a number of woes of its own.

Coolpad is yet to file its results from 2016, as its work with its auditor is “still ongoing” (as of a statement issued on 28 December 2017).

“The board of the company is using the best efforts to refine the Group’s one-year operating plan, cash flow forecasts and management evaluation and to continue to communicate with banks, organisations and interested parties to address the going concern issues raised by the auditor,” it said.