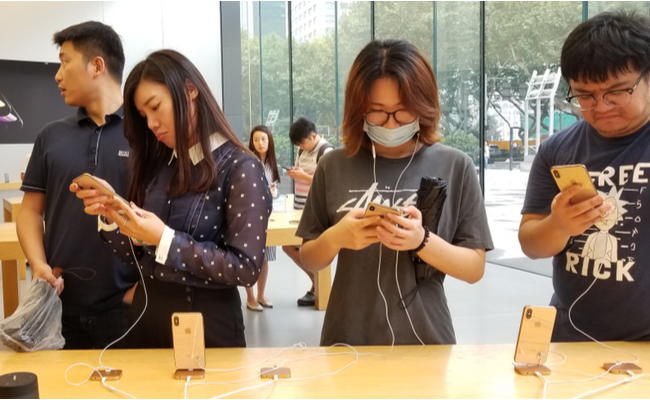 Smartphone shipments in China plunged in February, with Apple shipping only about half a million iPhones as the Covid-19 (coronavirus) outbreak sharply curbed demand.

Data from the China Academy of Information and Communications Technology (CAICT) showed shipments dropped 54.7 per cent year-on-year to 6.3 million units. Over the last two months, shipments were down 42.1 per cent to 26.7 million units.

It was the lowest level in February since 2012, when CAICT started releasing data, Reuters said.

Based on CAICT data, which showed multinational brands accounted for 8.2 per cent of shipments in February, Apple is estimated to have shipped about 500,000 iPhones, down 61 per cent.

In late January, the Chinese government puts restrictions on travel, closed factories and asked people to work from home in an attempt to limit the spread of the virus.

Apple temporarily closed all of its retail outlets in mainland China in early February.

Wedbush Securities, an investment company, expects Chinese demand to begin to normalise in the second half of 2020 and remains upbeat on Apple ahead of its expected 5G iPhone launch later in the year, SeekingAlpha wrote.