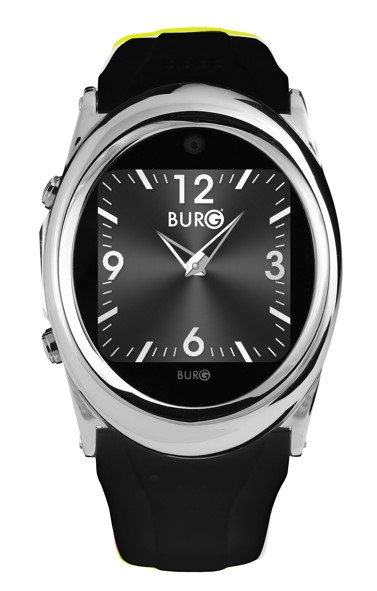 BURG has launched a smartwatch for $199 that functions as a standalone phone but can also be paired with iPhones and Android phones through Bluetooth technology. The device is available at Walmart.

As a standalone phone, it offers the capability to make calls and send/receive texts using a GSM SIM card, as well as taking photographs and listening to music.

The BURG 12 Smartwatch has been designed by CEO and lifestyle products designer Hermen van den Burg, who founded the company in 2009. It is scratch and water resistant and comes in black and purple colours with interchangeable straps.

BURG claims that its new device is the “first smartwatch that’s a phone” but there have been other such devices before. Samsung launched the Gear S wearable device in the summer which comes with 3G support that lets users “seamlessly make and receive calls directly from their wrist, or get calls forwarded from their smartphones.”

However, a voice capability requires a SIM card and operator subscription, adding additional cost. The BURG 12 Smartwatch includes a SIM card with $25 of prepaid talk and text.

According to van den Burg: “We built the BURG 12 for people who want their hi-tech watches to be fashionable, not just tech, and want customisable options for their watch screen and straps without being tied down to one phone platform.”

According to a recent survey by market research firm GfK, consumers can envisage a number of uses for smartwatches, ranging from ticket payments and identity cards to transmitting healthcare data.

While the Apple Watch is expected early next year, wearables start-up Omate recently announced “the first smartwatch designed exclusively for women,” and Microsoft is coming out with one soon which will sync with smartphones powered by Android and iOS as well as Microsoft’s own Windows Phone platform.