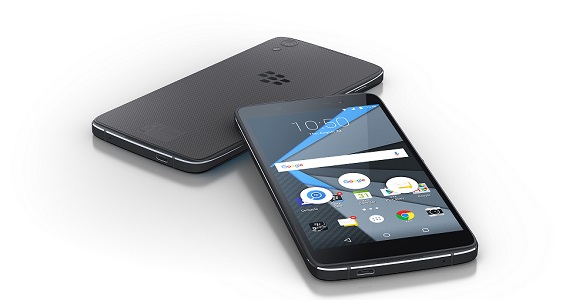 BlackBerry announced its latest smartphone, the Android-powered Dtek50, touting it as “the world’s most secure Android smartphone”.

The company said that the device encrypts all users’ information, including “business critical data and personal data such as pictures, videos and contacts”. Malware protection is also built-in along with back-up, wipe and restore capabilities.

It also promised rapid security patching, “on the same day that Google publically releases information about them”.

Based on previous comments from BlackBerry, perhaps the most crucial feature will be price. At $299, it will come in significantly below its previous Android-driven smartphone, Priv.

In the company’s last results call, CEO John Chen said that Priv was “too expensive for enterprise”, meaning its reach is limited to executives – rather than being suitable for wider deployments.

What will be important is distribution. At the moment it is available for preorder from BlackBerry itself, and will also be sold by “more than 40 partners from electronics stores, carriers, VARs and distributors” – although as yet its only named operator partners are in Canada.

Dtek50 is said to be BlackBerry’s thinnest device ever.

It has a 5.2-inch full HD display, 13MP and 8MP main and front cameras respectively, and microSD storage slot. It is powered by an octacore Qualcomm Snapdragon 617 chip, with 3GB of RAM and 16GB of storage.

Several reports suggest the device is actually based on Alcatel’s Idol 4, and the specifications certainly seem to support the assertion that TCL (parent of Alcatel) is now BlackBerry’s hardware partner.

With BlackBerry’s secure version of Android being the selling point of the device, it certainly makes sense to use an existing hardware design to drive down costs – enabling Dtek50 to be aimed at a wider audience.