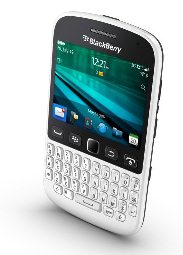 Ailing smartphone maker BlackBerry announced what is likely to be its last device powered by its legacy BlackBerry 7 operating system, called BlackBerry 9720.

The company said the device will be available “in select markets from retailers and carriers” in Asia, EMEA and Latin America.

BlackBerry previously said that it would still offer BB7-powered devices in markets where consumers “continue to purchase BB7 smartphones based on its effective cost position and the BBM feature”.

However, it has also said it only had one such device in the pipeline, meaning BlackBerry 9720 may be the last in the company’s traditional product line.

With takeup of BlackBerry 10 devices slow, the aging platform is giving the company an additional hardware revenue stream, as well as seeing more devices enter the market which use its data network – providing it with ongoing service revenue.

Carlo Chiarello, EVP for products at BlackBerry, said the device is “perfect for customers upgrading from a feature phone or entry-level Android or Windows Phone device, as well as existing BlackBerry smartphone customers, that want a richer experience and jump up in style and performance”.

The device features a 2.8-inch touchscreen as well as the traditional BlackBerry keypad, and an updated BB7.1 platform which supports swipes to unlock the phone or access the camera when locked, as well as “additional enhancements”.

It also has a dedicated BBM key.

Earlier this week the vendor announced it has formed a special committee to “explore strategic alternatives to enhance value and increase scale in order to accelerate BlackBerry 10 deployment”. It said this could include “possible joint ventures, strategic partnerships or alliances, a sale of the Company or other possible transactions”.