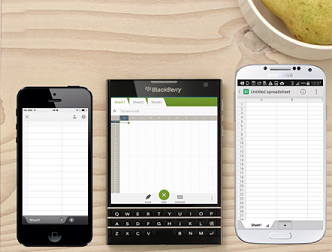 These are said to align with “the unique preferences of our target segment”, from replacement devices for older BlackBerrys and new adopters, to smartphones which “target the expectations and purchase behaviours of the affluent and wealthy”.

According to website N4BB, which published purportedly leaked documents, the company’s square-screen Passport device (pictured) falls into the “innovation” category, with another device created in partnership with Porsche Design launched later this year in the “prestige” sector.

It’s anticipated QWERTY-keypad Q20, which is apparently set to debut alongside Passport, would fall into the “classic” segment.

And in the affordable line, it appears that the aging BlackBerry 9720 – a device extending the company’s legacy product portfolio – will live on for the foreseeable future.

The international version of the Z3 smartphone currently available in Indonesia also sits in this group.

N4BB also noted that an updated BlackBerry 10 platform, BlackBerry 10.3, will debut alongside new devices later this year, before subsequently being made available as an update to some earlier smartphones.