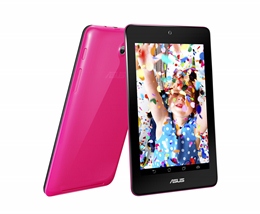 The MeMO Pad FHD10 has a 1920 x 1200 full HD display and stereo speakers, with the vendor stating that “its 10-inch screen makes it ideal for entertainment, 1080p video playback and handheld gaming”. It is powered by a 1.6GHz Intel processor.