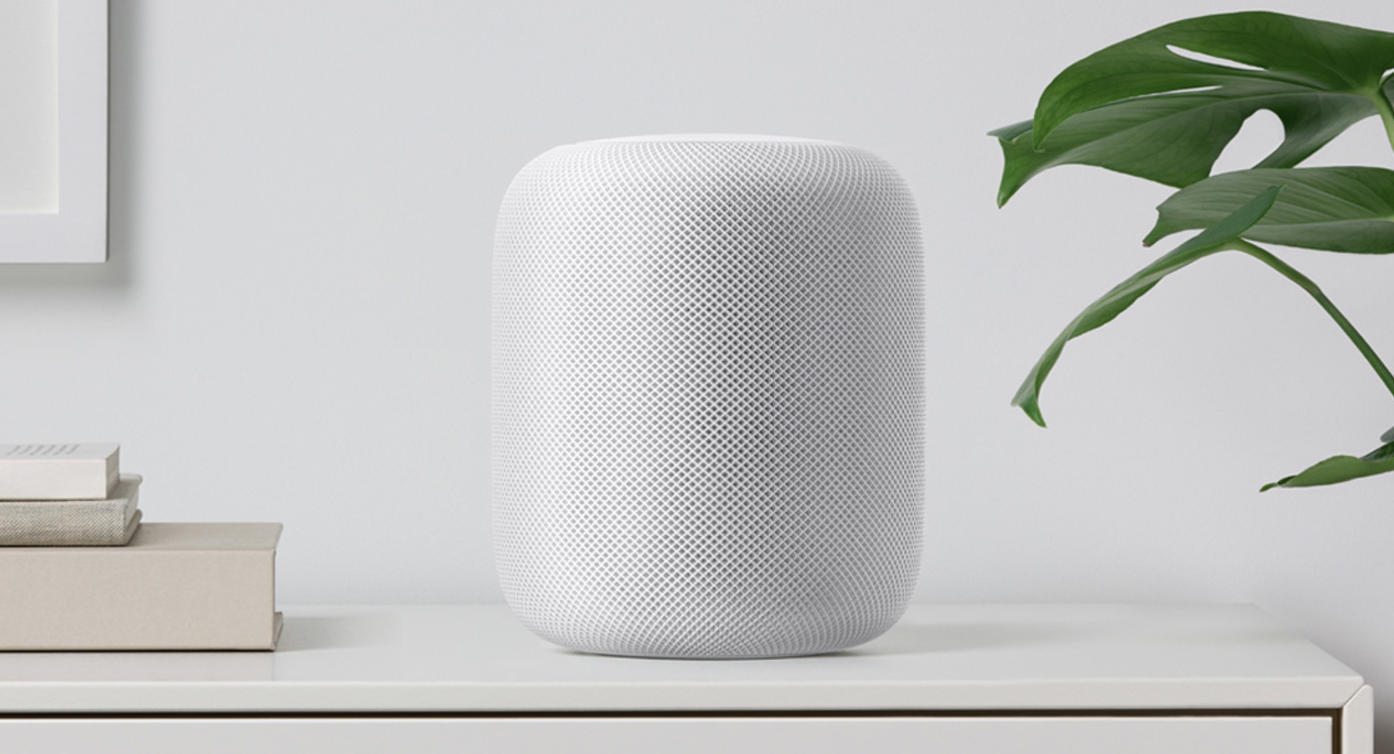 Apple launched the HomePod, a smart speaker for the home, as it aims to “reinvent music in our homes” just the way the iPod “reinvented music in our pockets”.

The device, to be launched in December in the UK, US and Australia, followed by more countries in 2018, is 7-inches tall and covered in a “seamless 3D mesh” fabric with acoustic properties.

Priced at $349 the speaker runs the same A8 chip which powers the iPhone. HomePod will have spatial awareness so the music it plays will be adjusted to the size of the room, and if two pods are set up they will be able to work together. It also serves as a smart voice assistant, much like (the much cheaper) Amazon Echo, which can be initiated with the familiar “Hey Siri” cue.

Siri waveform appears on the top to indicate when Siri is engaged, and integrated touch controls aim to allow easy navigation.

The focus at the event was on Siri acting as a “musicologist,” being able to answer questions such as who is playing the drums in a particular song, and will also be able to respond if users simply ask it to “play more like this” or “play something new”.

Initial analyst reaction appears mixed. Jack Gold claimed HomePod might struggle to find a wide customer base, while there was much mocking of the name on Twitter.

#HomePod is 2.5X cost of #GoogleHome not clear it does that much more as GH increases capability May be hard sell outside Apple base #WWDC17

Little surprise Apple has launched smart speaker. It can’t afford to yield valuable real-estate in the heart of people’s homes to rivals.

Meanwhile Jan Dawson noted: “Apple is smart to frame the HomePod as a music-centric and audio-centric device rather than just another smart speaker or another home for Siri. Yes, it does those things too, but that’s not how Apple wants us to think about it.

“At $349, the HomePod is priced well above the pure smart speakers from Google and Amazon, but Apple doesn’t want to be compared against those – instead, it wants to be considered in the same category as Sonos, Bang & Olufsen, and other high-end audio. In that category, the $349 price point is actually really competitive. The fact that Apple is claiming to marry really great and smart audio with a smart assistant and cloud music service makes this device unique in the market so far.”

It will work with a user’s Apple Music subscription so it will have access to their playlists and will be able to play songs directly from the cloud.

The unit will also, of course, work as a smart voice assistant so users can submit queries regarding traffic, weather, and stocks among others. HomePod can also be used to control smart devices in a home such as lights and air conditioning. It was described as “the biggest brain ever in a speaker”.

HomePod is designed for voice control with an array of six microphones, so users can interact with it from across the room, even while loud music is playing.

Apple also clarified that only after “Hey Siri” is recognised locally on the device will any information be sent to Apple servers, encrypted and sent using an anonymous Siri identifier.

Samsung subsidiary Harman International is also planning to launch its own speaker this year in partnership with Microsoft.

Elsewhere at Apple’s WWDC the company announced a new iOS that has a big focus on augmented reality (AR), as well as the watchOS 4 and a new iPad range.