Apple unveiled the latest version of its iPhone line at a broad-ranging event that also saw the debut of a large-screen iPad, as well as updates to its Watch and TV products.

The headline new feature is the addition of pressure sensing to the touch input, an anticipated feature, although the name – 3D Touch – differs from the Force Touch used in Apple Watch (it was inadvertently referred to as Force Touch in the live demonstration).

The new technology detects the intensity of a press, for example enabling users to peek into email content, or access app features from the icons on the home screen through pressure-sensing menus.

While Huawei showed-off a similar technology in its new Mate S at IFA 2015 in Berlin last week, the Chinese vendor is restricting the technology to a single high-end version, availability of which has not been revealed. Apple, contrastingly, has deeply integrated it with iOS 9.

“The 3D Touch improvements will give existing iPhone owners an important reason to upgrade,” wrote analyst firm IHS in a research note. “As their existing apps are updated with 3D Touch, third party app developers will market the improvements to their apps which will help Apple communicate the benefits of the iPhone 6S, without Apple having to spend anything on advertising or marketing.”

The other big update came in the iPhone’s camera capabilities. As expected, the main (rear) camera has been upgraded to 12MP from 8MP in the previous version and also gained 4K video capture capabilities.

Also new is a Live Photos feature, which captures images either side of a shot to create short bursts of motion. Phil Schiller, SVP of worldwide marketing at Apple, pointed out that these are not videos, but a series of still images, and the feature is on by default to reduce user interaction.

The front-facing camera has been upgraded to 5MP and, rather than adding a front-facing flash alongside, the screen can now be used to add light to a scene.

The iPhone 6s and iPhone 6s Plus have also seen a bump under the hood. The new A9 chip is said to be 70 per cent faster at computing tasks than A8, which Schiller described as a “big jump in performance”.

Other updates include an integrated motion co-processor, “allowing more features to run all the time at lower power”, and 2nd generation Touch ID sensor which is twice as fast. LTE-Advanced with support for up to 23 bands – the most in any smartphone – and improved Wi-Fi provide a connectivity boost.

In line with its usual practice, Apple has reshuffled its existing products: iPhone 5s has become the new entry-level device (available free with two-year contract), with iPhone 6 starting at $99 and iPhone 6 Plus from $199.

Apple also confirmed the anticipated large-screen addition to its iPad line, iPad Pro, accompanied by a new stylus peripheral to add to its input options – although obviously the introduction of Apple Pencil was accompanied by a fair amount of hyperbole (and some laughter from the audience, too).

The device has a 12.9-inch screen (measured across the diagonal), with a width that is equivalent to the iPad Air’s height. Its 2732×2048 (5.6 million) pixel screen has “even more pixels than a 15-inch Macbook Pro with Retina display,” Schiller said.

Of course, there is more to the device than the screen, and the internals are suitably beefy. It is powered by an A9X processor, Apple’s 3rd generation 64-bit chip, which is 1.8 times faster than the previous A8X, and offers “desktop class performance”.

Schiller said that the device will “enable new classes of application for iPad”, citing examples such as computer aided design and video editing. And, showcasing its capabilities, there were demonstrations from design software specialist Adobe and Microsoft, with the Apple executive commenting of the latter: “these guys know productivity”.

Other features include 10-hour battery life, 8MP iSight camera and fingerprint scanner. iPad Pro is Apple’s first to feature a four-speaker audio system, and a keyboard cover peripheral will also be available.

Apple Pencil will cost $99, and the Smart Keyboard is a $169 accessory.

Early analyst comment suggested that the iPad Pro could become an attractive enterprise platform but its high price will be a barrier.

In comparison to the attention given to iPad Pro, iPad Mini 4 was almost an afterthought. Schiller described the device as being an iPad Air 2 in a smaller housing.

Given Apple’s tumbling iPad sales (23 per cent year-on-year fall in sales revenue in fiscal Q3 and a 18 per cent fall in unit shipments), the renewed focus on tablets is perhaps surprising. 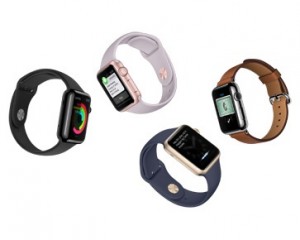 The company unveiled some new styling options for Apple Watch, although the core hardware specification remains unchanged. But from next week, the next version of the Watch OS (Watch OS2) will be available.

Jeff Williams, SVP of operations at Apple, said that “there are already over 10,000 watch apps on the App Store, and now with native apps, developers can do even more”. Among the apps it highlighted were Facebook Messenger, and a viewfinder app for GoPro action cameras.

And a PRODUCT(RED) version has been unwrapped, with a portion of the proceeds going to the Global Fund to fight AIDS. 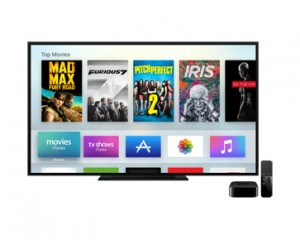 Cook also unveiled a new version of the Apple TV hardware, stating that “we believe the future of television is apps”.

With an increasing amount of content consumption coming via mobile devices through services such as iTunes, Netflix and Hulu, Cook said that “when you experience TV in this way, through an app, you realise how much better it can be”.

In order to deliver this, the television needs powerful hardware, a modern OS, new user interface, developer tools and App Store. In the new Apple TV set top box, “we’ve been working really hard, and really long, to bring all of these together”.

Indeed, some of the features of the new device are already familiar from the mobile space. The remote gains a touch surface to swipe through content, with Siri also getting another outing.

Underpinning the new hardware is an app platform based on iOS and “built for the living room”. This will enable the creation of apps using familiar tools and technologies.

tvOS is available to developers in beta form now.

The new hardware will be available in October, with the intention of having availability in 100 countries by the end of the year. Pricing is $149 for a box with 32GB of storage, and $199 for 64GB.

“Apple TV is a major refresh that could act as a Trojan horse for the firm’s connected home ambitions,” noted analyst house CCS Insight.