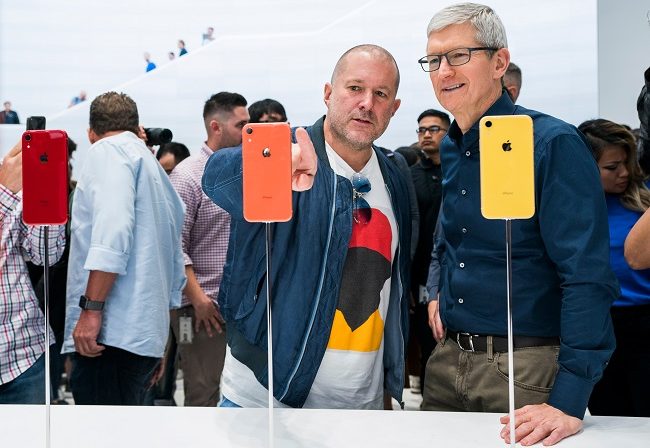 Apple announced Jonathan Ive (pictured, left), its long-time head of design, will leave the company later this year to launch a personal venture.

The company said Ive plans to form an independent design company called LoveFrom, which will take on Apple as one of its first clients.

In a statement, Apple CEO Tim Cook (pictured, right) hailed Ive as a “singular figure in the design world,” highlighting his work on the iPhone, iMac and the company’s Apple Park campus. He said the designer’s “role in Apple’s revival cannot be overstated,” but noted the company will “continue to benefit from Jony’s talents by working directly with him on exclusive projects”.

The exit of such a prominent executive represents a significant change for Apple, as it struggles to boost flagging sales of its iPhone.

Ive was appointed to lead Apple’s design team in 1996 and has been the driving force behind its aesthetic ever since, overseeing the look and feel of the company’s hardware, user interface, packaging and retail stores.

Apple did not name a successor, but said Evans Hankey, VP of industrial design, and Alan Dye, VP of human interface design, will lead its internal design effort, reporting to COO Jeff Williams.