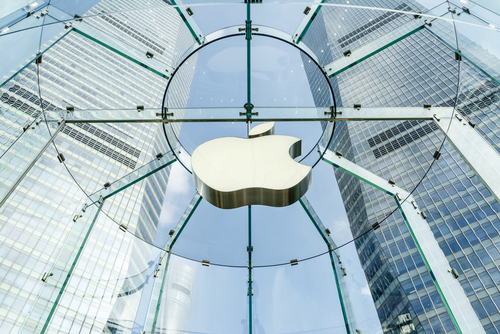 Demand for the iPhone 8, which launches today (22 September), may suffer due to limited improvements compared to its predecessor and the pending launch of Apple’s iPhone X.

Sales could also be impacted by a lack of promotion for iPhone 8 and iPhone 8 Plus on the part of operators and the fact the devices respectively cost $50 and $30 more than predecessors iPhone 7 and iPhone 7 Plus. In the UK iPhone 8 is £100 more.

Neil Cybart, an analyst at Above Avalon, told Financial Times (FT): “demand is down from last year, for no other reason than you have another flagship phone. A portion of the iPhone launch demand is not materialising quite yet.”

The $999 iPhone X offers a major redesign, with a revamped screen, advanced camera features and a facial recognition system, while the iPhone 8 is very similar to the iPhone 7. Cybart went as far as to say this weekend’s initial sales will be the lowest since the iPhone 6 launched in 2014.

“Wireless operators have pulled back on their promotions this year and it doesn’t look like that will change when the iPhone X is released,” he added.

Meanwhile Rosenblatt Securities MD and head of China Equity Research Jun Zhang said in a note to clients iPhone 8 order volumes in the US fell below those for the iPhone 6 and iPhone 7, with demand in China even lower.

Muddy waters
Estimating interest is tricky because Apple encourages customers to order online up to a week in advance before devices ship rather than form long queues outside its stores.

What’s more, the FT said Apple also stopped announcing launch weekend sales figures. There is no way to tell if the iPhone 8 will mean increased iPhone sales in the current calendar quarter.

However, Piecyk noted: “the price increases on the iPhone 8 and the X should reduce the reliance on unit growth to deliver revenue for Apple.”

Analysts previously told Mobile World Live the simultaneous announcement of the iPhone X with the iPhone 8 and 8 Plus allows the company to drip-feed new technology into the range without alienating its core customer base.

Meanwhile Apple is also facing issues on the Watch front. A Canalys study found 68 per cent of current iPhone users worldwide will be unable to use the latest Apple Watch Series 3 on a cellular network, meaning the device will launch to a “limited addressable market”.