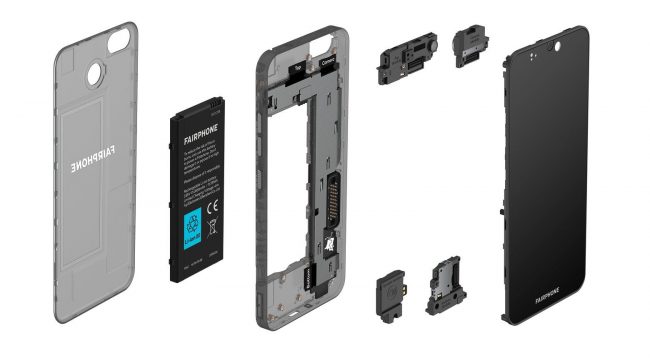 The company said in a statement the new device builds on its previous success, delivering “a sleek and durable device that closes the gap between performance and sustainability”.

The Dutch manufacturer has made a name for itself for pioneering a new ethical approach to manufacturing smartphones, while creating “scalable models” that it is pushing the rest of the industry to replicate.

The company said the Fairphone 3 had been built with the insights from its prior two phones, and contains seven modules in total.

Based on its research, it believes the new phone will save 30 per cent more CO2 emissions than the previous version, supporting easier repairs, for example.

The device has been built with a longer battery life than its predecessor, a Qualcomm 632 processor and a 12MP dual rear camera and 8MP front camera. It has 64GB memory, which can increase to 256GB with a MicroSD card and is designed with Gorilla Glass 5, making it a phone “that is designed to last”.

Complementing its ethical and sustainable ambitions, the phone will be sold with sustainable and reusable packaging and it is delivered with a protective bumper to keep the device safer.

Fairphone CEO Eva Gouwens said: “We developed the Fairphone 3 to be a real sustainable alternative on the market, which is a big step towards lasting change.”

The Fairphone 3 is available for a suggested retail price of €450 from 3 September.

Fairphone silent on future as second model sells out