More of the same

More of the same 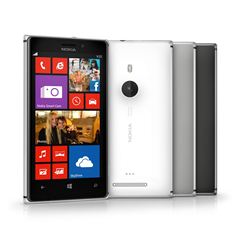 When it comes to smartphones, there is only one device that really catches the attention: the “hero”. Not only can a successful product generate massive volumes of its own, but it can create a “halo” effect over lesser siblings, driving sales across the board.

But, unsurprisingly, this market is tough. Vendors need new hardware and software tricks up their sleeves to stand out from the competition, and the pace of innovation is fast.

The company is pinning its hope on the device’s new svelte design and aluminium detailing. In some ways this is timely: Samsung has been on the receiving end of criticism over the “plasticy” feel of its premium devices, and a high-quality design is undoubtedly one way to stand out from the crowd.

But otherwise, Lumia 925 is uninspiring. Line up its feature list alongside that of the now nine-month old Lumia 920, and the word that springs to mind is “incremental”. The device does not really raise the bar for Nokia itself, let alone provide a wow factor over what is available from its competitors.

Nokia has refreshed and broadened its Lumia product line significantly in the past few months. For all the kudos of the flagships, the launch of Lumia 520 and Lumia 720 at Mobile World Congress earlier this year was just as important (if not more so), as it means the company is now offering a set of fresh smartphones at various price points.

Likewise, the announcement that it is planning to offer TD-SCDMA (China Mobile) versions of these smartphones is probably more important than the launch of the Lumia 928 for Verizon Wireless in the US.

China has long been a critical market for Nokia, but its volumes there have been slipping. The US, in contrast, has not been an important market for Nokia in recent history, which makes its efforts to focus on this market with its early Lumia launches seem misguided.

Looking at Nokia’s recent performance, there are some positive signs. The company’s Q1 Lumia shipments of 5.6 million is a high for the company, and it has forecast further growth into Q2.

This will mark four consecutive quarters of growth,  after something of a false start early in 2012 which was brought to an end when Windows Phone 8 was announced in Q2, making Nokia’s existing WP7.5-powered portfolio instantly look old-hat.

And, anecdotally, I see more and more Lumia devices on the tube on my way to work.

But to put this positive news into context, it was only at the end of last year that Nokia’s Windows Phone portfolio began outselling its Symbian devices, with the legacy portfolio having not seen a device launch since the 808 PureView in February 2012.

The real challenge Nokia faces is that there is no more low-hanging fruit in the smartphone market. When the iPhone was launched, it offered an unmatched user experience for premium device users, providing Apple with a large, underserved market to tap. And when Android came onto the scene, there was an opportunity for a mass-market counterpart to iOS, a role which the aging Symbian OS was unable to fill.

Both of these platforms were therefore able to build up a head of steam at a point when the market was devoid of serious competitors, enabling the creation of a devices, content, apps and services ecosystem which is now almost impossible to rival from a standing start.

Potential Lumia 925 buyers will already be smartphone owners, and probably even on their third or fourth Android or iOS device. In many cases, these consumers will have invested in content and apps for their chosen smartphone, increasing the amount of friction should they change to a new platform.

And that is without mentioning Samsung’s Galaxy S4. Or Note 2. Or HTC’s One. Or the iPhone 5. Or Sony Mobile’s Xperia Z. There is plenty of top-notch hardware out there, which has the advantage of being coupled with a “proven quantity” operating system.

Nokia’s previous Windows Phone devices have, by-and-large, been well reviewed. The Windows Phone platform also has a lot going for it, especially now that there is a growing feeling that Apple’s iOS has lost some of its lustre – the inevitable fate for any platform once it has been in the market for a period of time.

But the challenge Nokia faces is in luring customers away from their existing smartphones, to Lumia. And if this wasn’t happening yesterday, there is little in the Lumia 925 that means it will happen today.

Intelligence Brief: Has 5G hype given way to reality?