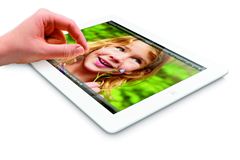 NEW ANALYSIS: As 4G-LTE networks continue to expand across mature markets, there is evidence that device choices and usage habits are also evolving in line with the faster network speeds. As Wireless Intelligence‘s recent survey of 4G operators shows, smartphones are dominating device portfolios in these advanced markets, but it is the proliferation of 4G data devices – notably tablets – that are shaping emerging 4G trends.

According to the survey, smartphones, on average, account for 58% of 4G operator device portfolios, but only one in six actually support 4G. Meanwhile, a third of the data devices offered by these operators – i.e. dongles, tablets or hotspots – were 4G-enabled. In the case of the US (and world’s) largest 4G operator, Verizon Wireless, all data devices currently on offer now support 4G. The operator sold 7.3 million 4G devices in Q4 2012, of which around one in six was a data device, the remainder being smartphones.

Operators are warming, in particular, to tablet devices, which appear to offer a greater prospect for 4G growth than other data devices. On average, the 4G operators surveyed offered seven tablets in their data devices portfolio. Operators such as A1 Telekom (Austria), Polkomtel (Poland), MTS (Russia), STC (Saudi Arabia) and Telenor (Sweden) were found to be offering twice the number of tablets they were a year ago.

Vodafone CEO Vittorio Colao noted on a recent conference call that 4G will become “increasingly more important [in 2013/14], as new handsets and commercial offerings enter into the market, and the tablet adoption [reaches] the mass market.”

Similarly, Australia’s Telstra, which launched its first 4G networks in Q3 2011, recently highlighted a “really big swing in terms of tablet technology”. Tablets represented just under a quarter (24%) of the operators’ mobile broadband customer base in the second half of 2012.

The role played by tablets in boosting 4G has also been noted by AT&T Mobility CFO John Stephens, who explained that as 4G coverage expands in the US, greater demand for higher speeds will generate incremental usage and revenue increases. The US number-two sold nearly 400,000 tablets in Q4 2012 and notes that these sales will generate significant additional revenue when combined with 4G usage and tiered data plans.

The introduction of shared data plans in developed markets such as the US, which allows users to attach several devices to a single plan and data allowance, is accelerating adoption of data devices. Again, Verizon Wireless is leading the trend. CFO Francis Shammo explained that “30% of these customers coming to us on smartphones are new [to] Verizon […] what we see is that they come in at the low end of the devices onto the share price plan, and over a period of six-months they almost double the amount of devices that they put onto the plan. So, the device attachment, whether it’s a tablet or a MiFi card… will drive usage and drive the ARPA [average revenue per account] increase”.

Efforts by 4G operators to adapt their pricing models to support multiple data devices is happening alongside a shift in usage trends triggered by such devices.

A recent study by Adobe found that in just three years since the launch of the first iPad, tablets have overtaken smartphones in the amount of internet traffic they drive. It notes that tablet users tend to behave more like PC users than smartphone users, viewing 70% more pages per visit than when browsing on a smartphone.

According to Adobe, the trend is most noticeable in the UK where tablets account for 12.2% of browsing, compared to 7.4% for smartphones. A similar picture is seen across the main North American and European markets, but the reverse is true of major APAC markets such as Japan, China and Australia, where smartphone browsing is still ahead of tablets.

Some types of content are particularly suited to the tablet screen size. The study found that 75% of ‘mobile reading’ – e.g. via digital magazines – now occurs on tablets. Similarly, online shoppers are considered three times more likely to make a purchase when shopping with a tablet than a smartphone – a 2.2% ‘conversion’ rate compared to 0.7%. 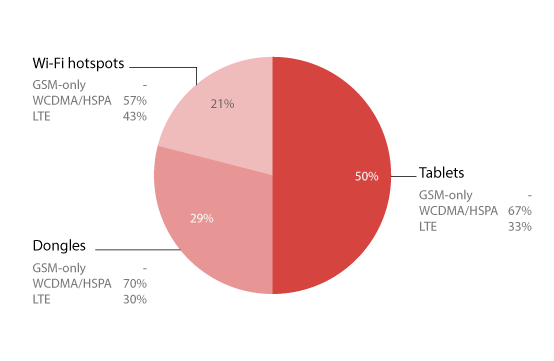