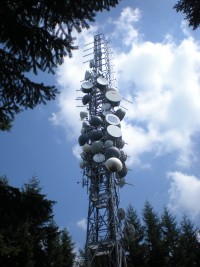 China Tower – a joint venture established by the country’s three mobile operators – has set up branches in all but three of the country’s 31 provinces (Beijing, Guangdong and Zhejiang) and has already started to take over the construction of towers from the operators in some regions.

Starting next year, the operators will no longer build new towers. China Tower is expected to build more than one million towers over the next two years, Tencent Tech said.

In July China’s three leading operators announced they would jointly set up a new firm to construct, maintain and operate their cellular infrastructure. China Mobile will hold 40 per cent of the venture while rivals China Unicom and China Telecom will each have 30 per cent stakes. The official name of the firm is China Communications Facilities Services Corp.

To facilitate network sharing, the tower company will build the platforms to house the base station antennas and power equipment, but the operators will continue to install their own base station board cards and antennas.

China Tower is scheduled to take over more than CNY100 billion ($16.3 billion) of the operators’ existing tower assets in one year, Tencent Tech said.

With more than 3.3 million base stations across China, the company has a huge task of enabling the country’s three mobile giants to efficiently share base station resources and reduce the required investment in base stations as they move to expand 4G coverage nationwide, C114.net said.

The company has nearly 10,000 employees, with about 100 at its headquarters in Beijing.