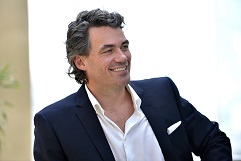 BT has agreed definitive terms to acquire EE for £12.5 billion, as it looks to offer customers “innovative, seamless services that combine the power of fibre broadband and Wi-Fi with advanced mobile capabilities”.

In a conference call, Gavin Patterson, BT’s chief executive, said that EE is a “business that complements our own, and will provide us with scale in both fixed and mobile. There is very little overlap in terms of products, so there is significant cross-sell opportunity”.

Patterson said that the EE brand will live on “certainly in the short term”, and will look at the “right combination for brands going forward”. He noted that the company does have a track record of supporting dual-brand operations, for example with both BT and Plusnet used in the consumer internet market.

The deal still has to receive clearance, “in particular from the UK Competition & Markets Authority” (CMA). It is expected to complete before the end of BT’s 2015/2016 financial year, depending on the length of review by the CMA.

Patterson said that the deal actually puts the UK on a similar terms to other European markets, which have incumbent fixed/mobile players. “We’ve been the outlier for 15 years. There’s plenty of precedent looking at businesses across Europe,” he said.

While it is early days for the deal,  there are already some dissenting voices. Vittorio Colao, Vodafone CEO, said the deal will create “four Davids and one Goliath”.

For a three year period, DT will not be able to increase its share above 15 per cent or Orange above 4 per cent, and the companies cannot sell down shares for 18 and 12 months respectively, although Orange can sell shares to DT up to the 15 per cent limit.

DT also cannot increase its holding to 15 per cent during the three years in any way other than acquiring part of Orange’s holding.

In a statement, Tim Hoettges, chief executive of Deutsche Telekom, said that the deal is about more than “just” the creation of an integrated operator in “Europe’s second largest economy”.

“We will be the largest individual shareholder in BT and are laying the foundations for our two companies to be able to work together in the future,” he continued.

Orange was perhaps a little less outward-looking, stating that the deal “will enable us to reinforce our balance sheet, thereby providing us with additional room for manoeuvre across our markets”.

Stephane Richard, Orange CEO, continued: “By retaining a significant stake in BT, we will also stand to benefit from the synergies of this operation that will lead to the creation of the leading convergent fixed and mobile operator in the UK.”