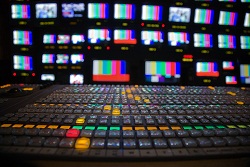 NEW BLOG: Early this year, I attended an analyst meeting where the topic of LTE Broadcast was on the agenda. And, with the assembled cohort having memories filled with DVB-H, DMB and MediaFLO, the attitude was perhaps understandably cautious.

But in the months since, sentiments seem to have warmed, as operators and vendors have begun communicating the potential benefits and – crucially – the fact that the economics of LTE Broadcast are very different to its earlier mobile broadcast brethren.

Operators having already piloted the technology include Telstra in Australia, Vodafone Group in Germany, Orange in France and Verizon in the US. Ericsson, Huawei and Qualcomm have also been vocal in their support.

The latest operator to throw its hat in the ring is EE, which will demo the technology imminently, working in partnership with content partner BBC.

Matt Stagg, video strategist for the UK market leader, noted forecasts that video will make up 70 per cent of traffic in the foreseeable future, which “means that we’ve built a video distribution network that actually does some other stuff – voice, text and browsing. When you look at it like that, you start to think with a different mindset from when we had 3G”.

DVB-H, DMB and MediaFLO all shared some common strengths and weaknesses, which meant they were doomed to follow similar paths. All worked as mobile broadcast solutions on a purely technical level: it was when it came to the sums that they came apart.

Firstly, they used dedicated spectrum, which is costly to acquire and, if services are not used by subscribers, actually becomes a waste of a valuable resource. Secondly, the earlier technology used separate infrastructure, which required costly buildouts in order to achieve coverage levels that made services a viable proposition.

With regard to the former, Stagg said that the dynamic nature of LTE Broadcast can actually bring benefits in terms of spectrum use, once a relatively small number of people start watching the same content – without the need to allocate spectrum when customer numbers don’t justify it.

“With the third person watching the same stream, you switch to broadcast. From a quality perspective, you have guaranteed quality of service, and any amount of people can watch it – after that third person it’s free for us to deliver,” he said.

“If you can save spectrum, you save money through the whole chain. Anything that improves spectral efficiency for us is the golden egg,” he observed.

With regard to infrastructure, earlier this year Marcelo Motta from Huawei told Mobile World Live that support for LTE Broadcast is a lot less onerous due to its commonalities within the LTE family. While obviously there are some new elements and upgrades that need to be in place, this is “not so big” in the grand scheme of things.

Of course there is always a ‘but’, and in the case of LTE Broadcast, it centres on business models. If previous iterations of mobile broadcast technologies have proved anything, it is that customers are not necessarily keen to pay for broadcast services, which could lead to another foray into the advertising space for operators – something that has not been an unqualified success in the past.

Citing analyst figures which put the size of the mobile advertising market at $40 billion next year, Huawei’s Motta noted that “most of this revenue is in the hands of the OTTs. I see this as a very big opportunity for operators, and LTE Broadcast is one way for them to join this market”.

Initially, however, it may be the cost savings that draws operators in. “I think we’ll see LTE Broadcast out to manage events and provide quality of service for customers first,” EE’s Stagg said.

The ability of LTE Broadcast to deliver improved quality of service may mean that content providers are keen to see it used to deliver content to subscribers in preference to traditional mobile broadband technology.

“It’s better for our customers, and our total cost of ownership. However, it’s also very good for the content provider, so there may be some monetisation options there, where we put something onto broadcast because the content provider wants us to,” Stagg suggested.

With initial rollouts likely to focus on areas such as sports stadia, where there are large numbers of customers viewing the same content, there is also a monetisation option by offering ‘premium’ event coverage for a one-off payment.

And the EE executive also noted that once networks have been built to deliver broadcast video, other types of content can also be pushed over the network, such as software updates, traffic alerts, digital signage applications and more, “with the knowledge that you’ve already built out for a cost benefit”.

But the ability to provide appealing content will be one of the crucial elements of the LTE Broadcast jigsaw. The future success of any media service, whatever the delivery method, comes down to the ability to attract paying customers, or to build a big enough audience to appeal to advertisers.

As my esteemed colleague Richard “Rich” Handford noted previously, operators have started to get back into the content game through various paths, but this is not cheap however you look at it.

Moving into the world of revenue sharing, content partnerships, mobile advertising and more that have been suggested for LTE Broadcast means that life is going to get a whole lot more complicated.

The big challenge will come in creating business models that enable everybody to take a share of the pie that is big enough to repay the associated effort, without driving pricing to an unsustainable level.

Huawei’s Motta argued: “If the ecosystem is ready, many applications could happen very quickly. But for us now, it is about considering the ecosystem evolution, how we are going to bring this to market. This is what we are trying to figure out with many of our customers.”