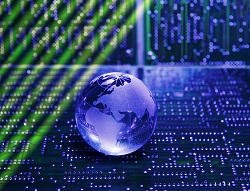 BLOG: A quick look back at Mobile World Live content from this year shows a growing interest in the Internet of Things (IoT), the sexed-up sibling of M2M that will see 50 billion, 100 billion – keep the forecasts coming – devices of many shapes and forms connected to the internet in the not too distant future.

As with any nascent market, there are a number of landgrabs going on as the pioneers look to stake their claim. Google’s $3.2 billion acquisition of Nest earlier this year indicates that the search giant saw much more than a connected thermostat company; Cisco used its keynotes at CES and Mobile World Congress to talk-up the potential of the market, touting $19 trillion of profit and economic benefits over the next ten years.

Operators are also heavily involved in the market, with AT&T’s digital home efforts in the US being particularly forward-looking. But, according to Eran Eshed, co-founder and VP of marketing for semiconductor maker Altair, mobile operators are in danger of seeing their positions marginalised, due to the use of wireless technologies such as WiFi, Bluetooth and ZigBee to provide local connections to an internet-connected hub.

“When you look at this whole IoT market, and you try and figure out how much of this is going to be connected by means of a cellular connection, you’ll see that the percentage is miniscule. It’s a very small portion of that very large cake. And the reason is mainly cost,” he told Mobile World Live.

Indeed, cost becomes a real issue when moving beyond high-value consumer electronics products, where the cost of the wireless module forms a small part of the total cost, or mobile devices, where it is an integral part of the proposition.

Of course, there are some markets where mobile connectivity is a must, and where WiFi, Bluetooth and ZigBee will not cut the mustard – fleet management and telematics being an obvious example. But there is a larger market where mobility is less important, and while it is not an immediate solution, Altair is looking at LTE as a way to enable mobile operators to bolster their position.

Eshed is forthright about the advantages an LTE-only solution has over multimode products (which, bearing in mind Altair’s position as an LTE-only connectivity player, is hardly surprising). “In a data environment, and assuming you have markets that have a good enough coverage – and coverage is expanding as we speak – 3G provides you only with a cost burden. Cost of silicon, cost of hardware, cost of royalties, etcetera.”

With LTE already offering benefits in terms of spectral efficiency, Altair is looking to “reposition LTE, from being a broadband connectivity option, to basically just a connectivity option”. The needs of a modem targeting IoT applications is very different from those of mainstream, for example with support for high-data speeds much less important than low power, small size, and low cost, but Eshed believes that it “will be an enabler for a very strong drive that already exists from mobile network operators, and we’re seeing very, very strong interest from the market.”

There are, of course, issues to be addressed. While Eshed was keen to highlight markets that already have broad LTE coverage, these can currently be counted on one hand, especially when looking beyond urban areas.

“You have to keep in mind that the kinds of IoT use cases and services that we are talking about are not going to be offered next month. This is 2016, 2017, 2018. We are talking about a market that is going to grow in the next 10 years to huge numbers, and the more you look into the future, the less 2G and 3G networks will be around,” he said.

Also, a significant portion of – if not all – mobile operators also have a fixed-line strategy, meaning they already have a route into the home beyond the 3G or 4G network. Once an operator has a gateway into the home in that sense – for example via a set-top box as part of a media service – then extending this to include an IoT proposition using WiFi, Bluetooth or ZigBee is a strategy that has a lot going for it.

And, as the CEO of KT pointed out at Mobile Asia Expo last month, there is more to the operators’ role in this fledgling market than just connectivity – security, identification and billing are all major issues where the operator can play a key role.

Eshed acknowledged: “We are finding a very strong interest and motivation from these large carriers to figure out a way to offer services, and it’s not just connectivity. It’s offering services to all of this very diverse set of IoT customers.”

Blog: The rise of enterprise in IoT