Blog: Will Rakuten Mobile be the Jio of Japan? - Mobile World Live

Blog: Will Rakuten Mobile be the Jio of Japan? - Mobile World Live

Blog: Will Rakuten Mobile be the Jio of Japan? 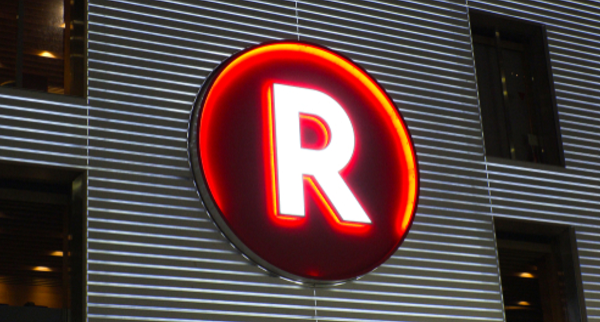 Rakuten Mobile, the fourth mobile operator in Japan, aims to use technology to gain a significant cost advantage over rivals, but its planned low-cost business model comes at a time of increasing price competition after years of pressure from the government.

The newcomer was forced to push back its long-anticipated launch, scheduled for 1 October, by six months, announcing in early September it will initially offer free service to 5,000 subscribers through a programme running until 31 March 2020.

A company representative said a shortage of construction workers, stemming from high demand from the Tokyo Olympics and Paralympic Games in 2020, slowed the installation of base stations. But other sources said the delays were caused by difficulty in securing locations to install base stations, as there is little space available in Japan’s crowded cities for new sites.

The rollout was so severely delayed (with just about 350 of its targeted 3,400 sites completed) the Ministry of Internal Affairs and Communications in July warned Rakuten Mobile to accelerate the deployment.

Rakuten Mobile is entering the market at a challenging time. The government earlier in the year mandated operators cut tariffs sharply (market leader NTT Docomo reduced some rates by as much as 40 per cent) as well as unbundle handset and data plans. If that price pressure wasn’t painful enough, the government recently passed regulations requiring operators to lower cancellation fees on multi-year contracts to JPY1,000 ($9.26) or less.

SoftBank was the first to move, on 13 September announcing it stopped offering two-year contracts with heavy discounts but a JPY9,500 cancellation penalty. The operator is due to introduce replacement plans in the coming weeks, Japan Today reported. Second ranked KDDI will continue to offer two-year contracts with the lower cancellation fee, while Docomo has not announced the type of plans it will launch.

The opportunity
Despite the current conditions, Neale Anderson, head of telecoms research for Asia Pacific at HSBC, believes the mobile opportunity in Japan is still significant, as incumbent prices are high and there is room for a new entrant to compete on price.

“Rakuten’s delay of its commercial launch defers, does not derail, its mobile plans, he explained in a research note, adding the operator’s “innovative cloud-based radio network” promises “lower costs, greater responsiveness and a faster path to 5G”.

The operator said it is building the world’s first end-to-end, fully virtualised, cloud-native network, which can automate operations and requires fewer staff to run than a traditional network.

HSBC forecast the operator’s five-year capex to total JPY542 billion, compared with single-year spending by incumbents of JPY400 billion to JPY580 billion. All four players in Japan committed to investing $14.4 billion in 5G over a five-year period.

Marc Einstein, chief analyst at Japan-based research company ITR, told Mobile World Live that while Rakuten Mobile’s cloud-based approach is definitely the most interesting story in telecoms right now and “something everyone should pay attention to”, he is not “convinced the technology is ready and that it’s going to work this year”.

Not proven
He thinks it is something that will happen in the future, but the “idea of running a mobile network with 100 people [staff] is not there yet. The low opex business case is not proven”.

Einstein said he is pretty negative on the outlook for Rakuten Mobile, as prices are falling and there are no longer handset subsidies. He doesn’t understand why it doesn’t remain an MVNO without all the investment required.

His explanation is that the new entrant is planning to take a page out of Reliance Jio’s playbook in India by offering heavily- or fully-subsidised service to build up a user base, which it will use as a gateway to generate revenue from its parent company’s e-commerce and fintech offering.

The operator has long talked up the potential to “leverage the Rakuten ecosystem” by cross-selling mobile services with other parts of the business in its mission to “redefine expectations” in the mobile industry to provide “appealing and convenient services”.

More important than its technology approach in the short term will be its lack of coverage. Einstein said its planned 3,400 base stations only represent 10 per cent of what other operators have, and its roaming deals will KDDI and Okinawa Cellular don’t cover major cities.

Anderson noted Rakuten Mobile’s delay should not be confused with technology failure, since “in the context of the market opportunity, three- to six-months delay is relatively immaterial”.

The bank expects the company to break-even in terms of operating profit in 2023, but the forecast certainly assumes the technology works from day one and it will charge for mobile services, not take a Jio approach with free offerings for the first year or two.