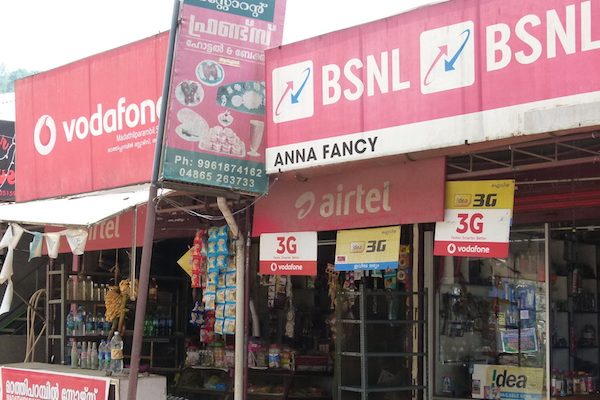 India, a country with 1 billion mobile connections and a SIM penetration of 76 per cent, currently has 11 mobile operators. The situation is about to change as the sector undergoes rapid consolidation, after intense competition and rising debt levels forced smaller players to rethink their India investments.

In the past few weeks, three merger proposals have been announced.

The country’s number two and three mobile operators by subscribers – Vodafone India and Idea Cellular – are expected to finalise a merger soon. Vodafone India had 203 million subs (19 per cent share) at the end of 2016, while Idea had nearly 189 million (18 per cent share), according to GSMA Intelligence.

Last week Telenor Group announced an agreement to sell its Indian operations to market leader Bharti Airtel, in a deal which will see the Norwegian operator exit the country. Telenor India’s customer base stands at 54.5 million, giving it a 5 per cent market share. Airtel counts 264 million subscribers for a 25 per cent market share.

Meanwhile, number six Reliance Communications (RCom) entered into negotiations with Tata Teleservices, which has 53 million customers. The move could see Tata Teleservices join forces with RCom and Aircel, which are set to complete a 50-50 merger later this year, as well as MTS, which RCom agreed to acquire in 2015: a deal finally expected to be completed in March.

RCom, currently with about 85 million mobile connections, would expand its market share from 8 per cent to 22 per cent after merging with Tata (5 per cent share), Aircel (8.6 per cent) and MTS (less than 1 per cent). The combined entity would have 228 million mobile customers.

However, a merger between RCom and Tata Teleservices could face obstacles as the Tata unit’s debt is huge and it is also involved in a long running legal issue regarding NTT Docomo’s exit from India.

If all three deals are approved, along with two which are underway, eight of the country’s 11 operators would be impacted, leaving 4G newcomer Reliance Jio and state-run BSNL and MTNL unaffected and a total of just six mobile players. Fixed-line operator MTNL, with operations only in Delhi and Mumbai and less than a 1 per cent mobile market share, isn’t likely to expand or be attractive to a buyer.

All three merged entities are counting on their increased scale to help them compete against Jio, which signed up 100 million subscribers in its first five months of operation. After the consolidation, the operator would be the number four player in India. At Mobile World Congress its president said it aims to be the fifth largest operator in the world.

Jio plans to start charging for data on 1 April after its extended free voice and data offers expire. Despite the end to its generous free offers, the upstart will offer a special discount rate for existing customers, which won’t give the country’s incumbents much relief as they face declining profitability following the Reliance unit’s entry in September.

In January Airtel reported a sharp drop in profit for its fiscal Q3 as lower data and voice tariffs in its domestic market pulled down its turnover for the first time since 2002. Idea reported its first ever quarterly net loss for its fiscal Q3. To hold onto its existing mobile subscribers, Idea said it was forced to reduce voice rates by 10.6 per cent and cut its mobile data rates by 15.2 per cent.

With Jio soon to offer existing customers unlimited data and free voice for just INR303 ($4.52) a month for a year long contract, the question is will its rivals’ added heft put them in a position to compete against a player with a huge existing retail reach (via Reliance Retail), a nationwide 4G network and a long view towards profitability.