Blog: Is Elliott the most feared investor in tech? - Mobile World Live

Blog: Is Elliott the most feared investor in tech? - Mobile World Live 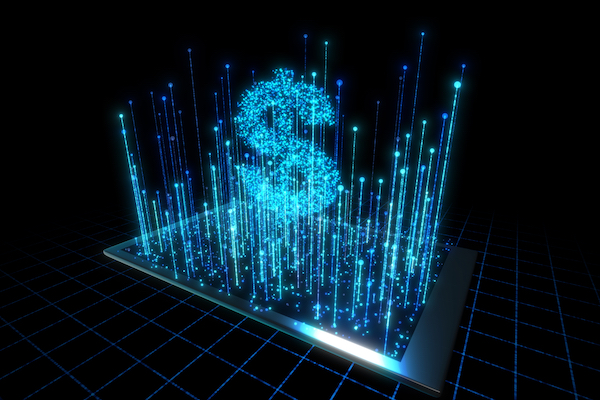 Twitter was the latest company caught in the crosshairs of Elliott Management, the intimidating activist investor which has shaken-up boardrooms across the telecoms and technology sectors in recent years.

Backed by US billionaire Paul Singer, Elliott Management has built a formidable reputation for buying large stakes in companies across numerous sectors and then pushing aggressively for changes, whether through an overhaul of top management, a shake-up in strategy and, or indeed, a wider restructure.

If that doesn’t quake the boots of suits in the industry, the hedge fund even took on an entire government. Type “Elliott Management, Argentina” into Google for that story.

Its investment in Twitter, worth a reported $1 billion, is its most recent play in the broader tech industry and follows some notable battles it has instigated, as part of a longer-term strategy which unsurprisingly aims to increase the value of its initial outlays.

Here, we run down five of Elliott Management’s recent high-profile, publicised, moves, explaining why the financial company is becoming a household name in tech.

Twitter – investment: $1B
It emerged over the weekend Elliott Management had built up a 4 per cent stake in Twitter, putting it among the company’s top-ten shareholders. While it is unclear when it made the investments, Elliott Management wasted little time in ordering a shake-up, pushing for changes at the top, with the removal of high-profile CEO Jack Dorsey a priority.

Financial Times reported Elliott Management took issue with the fact Dorsey simultaneously holds the CEO position at fintech company Square, in which he owns a considerably larger stake than in Twitter, perhaps an indication of where his true priorities might lie.

As is common with its investments, Elliott Management’s broader goal is centered on improving Twitter’s overall financial performance.

The social media company’s share price slipped by 6.2 per cent in the five years Dorsey has been at the helm.

To put this into context, long-time rival Facebook’s share price soared 121 per cent over the same period, evidence CEO Mark Zuckerberg has seized on the social media advertising opportunity a lot better than Dorsey.

While its financial performance is under scrutiny, there has also been criticism about Dorsey’s long-term commitment to Twitter, after he sent a tweet (what else) in 2019, outlining plans to move to Africa for six months to pursue other projects.

Elliott Management’s impact on Twitter will become clearer at its AGM in May: the hedge fund has nominated four people to join the board.

Before writing a tweet, every user sees the template message “What’s happening?” Well, in this case, Elliott Management really wants to know.

SoftBank – stake: $2.5B
Next up in the firing line is SoftBank. In February 2020, media reported Elliott Management had built a stake of 3 per cent, worth around $2.5 billion in the Japanese company.

True to form, news of the investment was coupled with grumblings. Elliott Management is seeking changes, including a board shake-up, increased transparency over investments made under the tech Vision Fund and called on SoftBank to buy-back some of its $20 billion in stock.

Indeed, SoftBank has suffered set-backs in recent times, and drawing fire from a disruptive force in Elliott Management is hardly welcome.

It was forced to bail out office-sharing company WeWork following a failed attempt to go public, while other Vision Fund investments, including Uber, have fallen on stony ground.

Elliott Management is, therefore, looking at ways for SoftBank to raise its value, while narrowing the discount between the value of its shares and its portfolio of holdings. It also wants more diversity on SoftBank’s board, which is currently all male.

Shortly after holding meetings with the company, SoftBank acted, announcing it planned to borrow JPY500 billion ($4.7 billion) over two years to raise funds, putting up a 20 per cent stake in its mobile subsidiary as collateral.

“I promise you I’ll start to be more careful and listen. My view doesn’t change, but my behaviour becomes a little more careful,” Reuters reported Son as stating.

AT&T – stake: $3.2B
The US’ second-largest operator felt the company’s wrath in September 2019, after it sent a letter to AT&T’s top brass accusing it of a series of missteps, including a questionable M&A strategy.

Elliott Management, which owns around a $3.2 billion stake in AT&T, specifically took issue with the acquisitions of DirecTV and Time Warner, calling for an immediate halt on its M&A activity while demanding it shed non-core assets, cut operational costs, reduce debt and increase shareholder dividend.

AT&T’s mobile performance was not exempt from criticism, as Elliott Management highlighted the sums paid following a failed bid for T-Mobile US, which had helped its rival to become a major competitor. Elliott Management noted there was an opportunity to regain a lead with 5G, if a strategy is executed properly.

A month later, AT&T responded, and it listened, issuing a statement with its Q3 2019 financials pledging not to make any headline acquisitions for three years and outlining plans to generate between $5 billion and $10 billion by monetising non-core assets, a goal it wants to achieve in 2020.

AT&T CEO Randall Stephenson said the operator had benefitted from its “engagement” with Elliott Management.

I’d say that’s another win for the activist investor.

Telecom Italia – stake: 9.4 per cent
Where do we start with this one? In early 2018 it was revealed Elliott Management had been busy buying-up a stake in troubled operator Telecom Italia.

Money talks, and Elliott Management certainly did. The hedge fund shortly after took aim at Vivendi, which had assumed control of Telecom Italia’s board in 2016 as its largest single shareholder at the time. Elliott Management blamed a slide in the operator’s share price and overall poor performance on the French group’s running of the company.

The situation came to a head a few months later, as Elliott Management wrested control of Telecom Italia’s board away from Vivendi, with shareholders electing a majority of the investor’s nominated slate of directors.

This escalated an already bitter battle between the main shareholders with the unrest contributing to CEO and chairman departures at Telecom Italia over the last two years.

At the turn of 2019, Vivendi made a bid to withdraw several members of Telecom Italia’s board to regain control, but dramatically made a U-turn on its demands.

Since then, there has been a period of relative peace between the two parties and even an agreement on a common strategy for the operator.

Crucially, Elliott Management retains control of the board.

Vodafone Group – stake: unknown
It remains unconfirmed if Elliott Management did end up taking a new stake in the UK-headquartered operator: if it did, it remained unusually quiet about the move.

At the time, Vodafone was in the midst of a restructure, having announced a few months earlier that long-term chief Vittorio Colao was leaving his post to be replaced by Nick Read.

The company was also facing criticism for falling revenue, and struggles across major markets in Spain, India and the UK.

Indeed, when Read assumed the role in October 2018, it was suggested an early showdown with Elliott Management could well be on the cards, if the activist investor followed the same aggressive strategy it did with Telecom Italia.

However, a battle has so far failed to materialise.

Intelligence Brief: Is it time to take brand switching in India seriously?