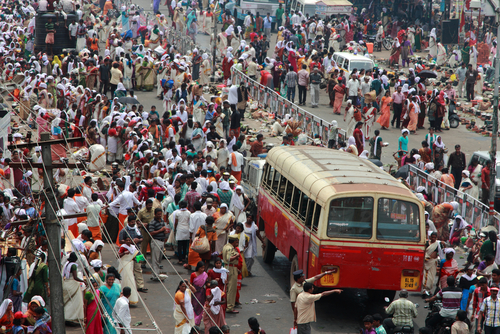 It’s been a little over five quarters since Reliance Jio launched its long-awaited nationwide 4G network in data-starved India in September 2016.

Comparison
China followed a similar trajectory once the government issued 4G licences in late 2013. From less than 500,000 LTE connections in December 2013, the country had 165 million 4G users 16 months later at end-March 2015. China Mobile led the charge, accounting for the vast majority of the country’s LTE connections (143 million) in the first quarter of 2015, compared with 17 million and 5 million connections respectively for China Telecom and China Unicom.

The market leader had a clear technological advantage since the Ministry of Industry and Information Technology (MIIT) awarded only TD-LTE licences. China Telecom and China Unicom were both late to the 4G scene as they had to wait until June 2014 for the first trial licences for FDD-LTE, which was more compatible with their existing 3G networks.

And the first approval for hybrid network trials was in just 16 cities. In August 2014 the trials were expanded to 40 cities, covering an estimated population of 400 million to 500 million. It wasn’t until late 2015 that MIIT issued full nationwide FDD-LTE network licences.

Slowing growth
While the rate of uptake in China accelerated after five quarters (nearly doubling in the next two quarters to 324 million), the GSMAi figures show the pace of growth in India has already declined sharply, with less than 25 million LTE additions in Q3 and Q4 2017. Jio actually lost 4G subs in Q4. China’s three mobile operators signed up 14.9 million 4G customers in November alone, and that monthly gain was down from 17.2 million in October and 23.2 million in August. That’s after receiving 4G licences four years earlier.

Indeed, China is on track to hit the 1 billion mark sometime this month.

All five of India’s top operators, with combined connections of 786 million, had rolled out 4G services when Jio entered the game in 2016. But Jio ended 2017 with 76 per cent of the country’s 4G connections. While the newcomer flourished with its free data and voice offers, Airtel ended the year with about 17 million 4G connections (merely doubling during the period), Idea Cellular had 11.6 million and Vodafone India just 3.2 million (both quadrupling).

Five full quarters after launch, Jio racked up 134.3 million 4G subs: China Mobile had 143 million at the same point in its 4G journey.

The question is how long will it take India to hit the 1 billion milestone and what percentage of the total will Jio account for when it does?