Blog: Five not the magic number for the whole of MENA - Mobile World Live

Blog: Five not the magic number for the whole of MENA - Mobile World Live 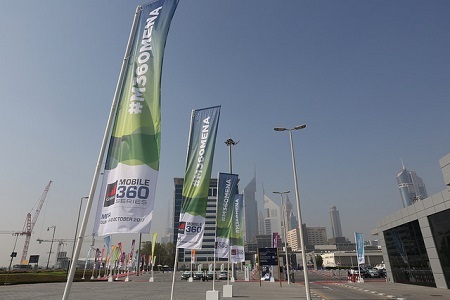 While the GSMA Mobile 360 MENA event in Dubai exposed the many different stages of network development in the region, two key themes shone through: the importance of staying ahead of the competition, and developing services specific for each individual market.

It may sound an obvious statement, but it’s amazing how many companies in a range of sectors seem to adopt a business model akin to the famous Field of Dreams film misquote “build it and they will come”.

There seems little point in making grand moves to 5G in areas where customers still use feature phones, 4G isn’t readily available and mobile money is deemed a much more likely way to increase business.

Assessing customer need and designing services around them was a constant undertone at Mobile 360 MENA and an inherently sensible model, whichever specific country was under the microscope.

On one hand, several of the Gulf Cooperation Council (GCC) countries are preparing to launch 5G and, according to GSMA forecasts released to coincide with the event, they look very well placed to be among the first batch of nations to have the technology commercially available.

These are the areas where the demand for the technologies 5G will support is certainly there.

In Dubai, for example, impressive efforts and ambitions towards a smart city are based around solving genuine issues: flying taxis may be a headline grabber but creating clean, safe, transport and relieving congestion on the road is a genuine need for the city and many other urban areas around the world.

The same is true of many prominent smart city use cases: connected water systems can reduce waste in areas where the resource is relatively scarce; smart energy offers plenty of environmental advantages; while smart traffic controls and street lights will have a positive safety impact.

Different priorities
While many GCC countries are rushing towards the connected 5G world, in some of MENA the process of rolling out 4G has only just begun and a large proportion of customers have never used mobile data services.

During a panel session featuring representatives from Vodafone Egypt, Orange Maroc and Ooredoo Algeria, the executives quickly dismissed an audience question on 5G. The verdict was it was an issue which would be relevant eventually, but far into the future. The impression was very much there were more pressing issues.

Vodafone Egypt customer care director Ashraf Helal said operators in the region need to assess and address the needs of each country rather than launching services their country doesn’t need. One size clearly does not fit all in markets surrounded by pressing regulatory, socio-economic and environmental issues.

Helal said Vodafone, which recently launched 4G in Egypt after years of legal issues, was focused on providing services designed to grow usage by developing services to address the level of literacy and issue of the unbanked in the country.

During the same session Ooredoo Algeria CCO Jose Nazario said his country had an opportunity in IoT if it could solve inner-city infrastructure problems, but pointed to the high tax rate imposed due to current economic issues in Algeria as potentially being a stumbling block.

Orange Maroc’s director general Yves Gauthier said its issues were mostly coverage based, citing the difficulty of achieving indoor signal across the country.

The greatest success stories heard during the show are companies which actively seek to meet the specific needs of customers.

No matter what the priorities of each market, building networks and innovation which will genuinely improve customer lives means you’re more likely to be hitting home runs in your field of dreams than being struck out.