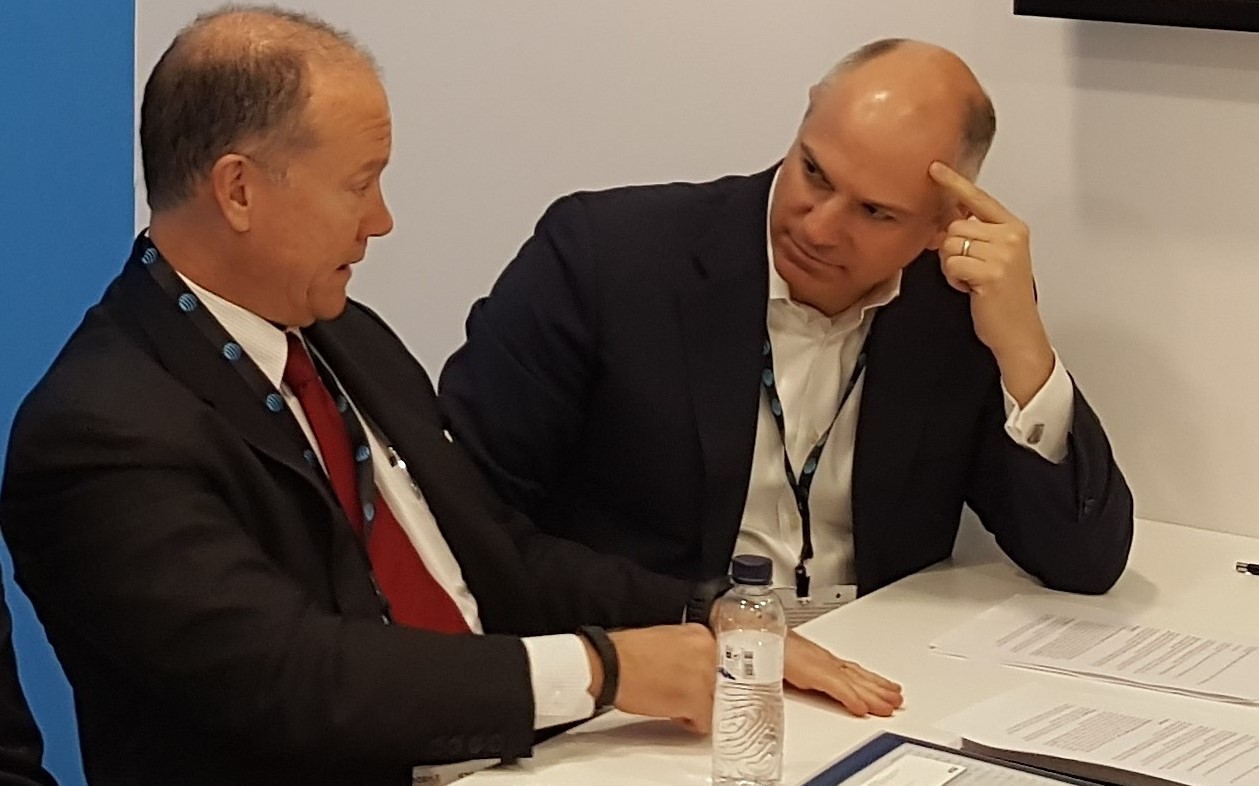 A key talking point identified by Mobile World Live’s first annual industry survey, published in the run up to Mobile World Congress, was a split in opinions regarding the benefits of network virtualisation.

The survey of close to 1,000 key decision makers from across the mobile ecosystem revealed 45 per cent expect virtualisation to cut operating costs in the long-term, while 43 per cent said they are unsure such a benefit will be achieved.

In that context, it was interesting to hear last week about AT&T’s experience in deploying software defined networking (SDN) as part of a push to virtualise its domestic network functions.

The US operator began the deployment in 2015 and virtualised 34 per cent by end-2016. AT&T is targeting 55 per cent virtualisation by end-2017, a goal John Donovan (pictured, left), head of Technology and Operations, said will take the operator past the tipping point where “more of our network will be in the new architecture than the old”.

Speaking during a roundtable event at Mobile World Congress, Donovan said AT&T will begin to reap the economic benefits of SDN, while also getting into “the rhythm of running the business in a new way.”

SDN is enabling AT&T to “take this massive amount of data in this new architecture that’s available to make the network not only software based, but data driven.” When the ‘new way’ of running the network is combined with a network-oriented operating system, it enables “a new type of network that creates a platform”, Donovan said.

In a statement announcing the tie-up, the Linux Foundation said ONAP will “allow end users to automate, design, orchestrate, and manage services and virtual functions.”

Donovan explained ONAP is essentially an operator-focussed version of mobile device operating systems including iOS and Android, and when combined with its SDN forms the foundation of the AT&T Network 3.0 Indigo platform, which provides access to network-oriented applications.

The goal is to “build a capability for the network to begin sharing the data from companies and individuals” in a way that enables the “birth of a whole new app store” for enterprise applications.

Donovan said such capabilities are “a game changer”, which will play a key role in the development of 5G networks – the “first network that’s born this way”.

5G Foundations
Andre Fuetsch (pictured, right), president of AT&T Labs and the operator’s CTO, said ONAP was originally developed to focus on core network functions, but is now “out to the edges, all the way to the RAN for example.” He explained the expansion is “really key for 5G” because it lays the foundation for the next-generation technology, in particular with regard to new techniques including network slicing, and centralised and virtualised RAN.

As those elements come into play “we now have the framework not just to trial it, but to scale it,” Fuetsch said.

ONAP will form the basis for recently announced 5G trials in Austin, Texas, and Indianapolis, Indiana, which Fuetsch said will begin in the summer and form part of AT&T’s “5G Evolution”. The operator previously announced it expects to achieve initial data rates of 400Mb/s, but is aiming to hit 1Gb/s in some areas by end-2017 as it densifies the network and deploys technologies including carrier aggregation and LTE-License Assisted Access.

Fuetsch said the “two showcase markets” are all about “paving the way and leveraging this new foundation” in terms of 5G development.

The CTO added the number of operators either already using, or due to sign up to, ONAP is evidence of its potential as a foundation for 5G. He predicted more than 50 per cent “of global mobile operators will adopt ONAP” by end-2017, because it is “the most mature thing out there that they can utilise” to deploy and operate 5G networks.