A day in the life of Turkey's battle to 4G

A day in the life of Turkey's battle to 4G

Blog: A day in the life of Turkey’s fight for 4G 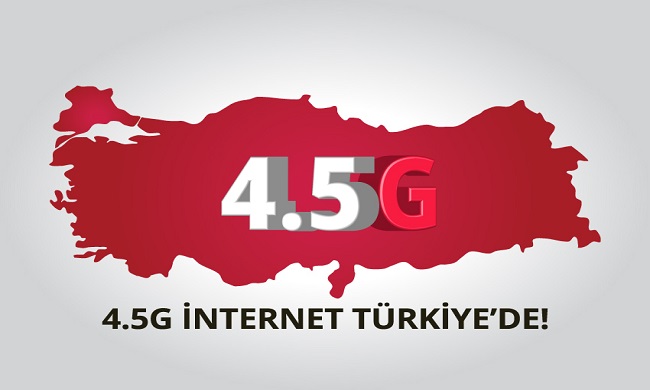 “It is not necessary to waste time with 4G.”

Those are the famous words earlier this year from Turkey’s President Tayyip Erdogan, who was convinced the country could skip LTE technology and instead jump to 5G in two years’ time.

So, after a three month delay (and probably a quiet word in Erdogan’s ear informing him that 5G standards have not yet been defined), the long-awaited auction was held on 26 August, instead of 26 May, and took less than 24 hours to be finalised.

And arguably, all of the parties involved went home happy.

The country’s three incumbent operators (Turkcell, Avea and Vodafone Turkey) secured much needed licences to finally launch 4G across the country, the government raised a total of €3.36 billion, smashing its reserve price, and the country’s youthful and tech savvy population can finally look forward to having access to 4G data speeds.

As for Erdogan, who wanted to skip 4G entirely, he also managed to save face after regulator BTK promoted the tender as a ‘4.5G’ auction, seemingly just for his benefit.

The fact that the auction was completed with such efficiency, in what is known across Europe as a rather laborious process, took market watchers by surprise, particularly when you consider that its build up was plagued with controversy and complications.

Following its postponement in May, regulators worked hard to revise the tender documents and place an increased focus on Research and Development, with the view to use this auction as a launch pad for 5G, whenever (and whatever) that may be.

Given that it’s taken Turkey eight years to sort out 4G, it’d take a brave man to bet that the country will be one of the first 5G adopters, but that’s another issue.

A package auction
The regulator also divided up spectrum in 20 different packages to ensure fair and equal bidding between the three operators.

This approach differed widely from Europe’s last big spectrum offering, where German operators battled it out for 16 days in the country’s simultaneous ascending auction (SMRA). The companies had to go through 181 rounds of bidding, which not only served to hike up prices massively, eventually reaching €5.08 billion, but it also prolonged the process.

“It’s very rare to have the sort of auction like we saw in Turkey,” said Stefan Zehle, auction expert and CEO of Coleago Consulting. “The most common format, particularly in Europe, is what we saw in Germany – SMRA – where you don’t bid on packages but on various lots and the price ticks up.”

“Other major auctions, like the one in Switzerland and the UK, were held in the combinatorial clock format, where operators can bid on multiple items in a single process, and you get a sense of common value, but again, the bidder will only offer more than its closest competitor – not set the bidding price.”

An approach for the future
Zehle believes there’s much to be said about simplifying the process for spectrum auctions in the same way Turkey managed too, and it could become more common as European countries now look to boost LTE coverage by auctioning 700MHz.

700MHz, which first became available in the recent German auction, can be used to deploy LTE in rural areas and has been used for years in the US for analogue TV signals. France is due to auction the band this year, while Sweden and Finland will follow suit in 2017.

While the process appeared easier for operators to gain spectrum, Zehle also believes Turkey did not take a hit on the amount of money it gained from the auction.

“Of course, you must take into account Germany’s GDP, which is much higher than Turkey’s, but this was not a cheap auction,” he said.

“The operators have bid more because the average price for this auction was €0.8 MHz-PoP but they’ve still managed to beat the reserve price. There’s a lot to be said for simplicity. The regulator outlined the packages available and gave the operators the chance to bid for them.”

“I can’t think of many auctions that finished in one day.”

When I spoke to Kaan Terzioglu, Turkcell CEO, earlier this year, he said he hoped regulators “would not allow operators to compete at crazy levels”.

“I remember the first 3G tender in the UK that had a bearing on the 2001 crash. At the time, they must have congratulated each other for screwing the market.”

On the contrary, Turkcell, which will launch ‘4.5G’ services next April, invested a total €1.62 billion, and has got bang for its buck. In record time too.