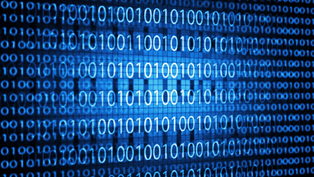 NEW BLOG: At last month’s two major Asian telecom events – CommunicAsia and Mobile Asia Expo – “big data” was the theme of one or more sessions, with discussions involving a wide range of participants from the industry.

There was general agreement that the ability to use the vast amounts of data available to companies today to offer new, targeted products and services can be a “win-win”, enabling businesses to generate new or additional revenue, while providing customers with the best solutions for their individual needs.

But as with many big ideas, this overlooks the complexity of the task at hand.

Amazon is often cited as an example of a company which is able to use the customer data it has to provide buyers with recommendations which can inform their purchases. And, personally, I’ve lost count of the number of times I’ve made a purchase based on the selection presented to me.

But a quick look at my recommendations page today also shows a number of products that are alternatives to ones that I have already bought via Amazon – and therefore that I am unlikely to buy again.

Having data is not enough: the importance is in sorting the wheat from the chaff. And doing this in a timely manner, and then using the information to drive commercial decisions, is not going to be easy.

At Mobile Asia Expo 2013, SK Planet said that it is using customers’ search information to identify subscribers who are about to churn, who can then be presented with special offers designed to keep them loyal.

But, as SingTel noted at CommunicAsia the week before, the structure of operators often makes it difficult to achieve this level of intelligence, due to the way in which they have been organised in the course of decades of profitable business.

For example, in many cases operators have created numerous silos of customer data across various product teams, with little (if any) incentive to consolidate this into a single location – notwithstanding the technical challenges of doing this.

With data becoming a new currency for businesses, there are also vested interests in keeping control, even if it does not support the greater good.

Operators also have the challenge of having so much data – some of which will be useful, much of which will not. Knowing which is which is not easy, however, meaning that a substantial amount of the information stored is likely to be discarded at a later date.

In several discussions, however, the most important aspect of big data – protecting user privacy – was treated a little dismissively. The general attitude was that this is little more than one of many tasks to tackle, and that concerns will be overcome with relative ease.

A quick look at the twitter feeds of operators worldwide will show that customers are already being vocal about the unsolicited material they receive – especially if it is poorly targeted. The old adage that customers with grievances being louder than ones with compliments rings even more true in the days of social media.

With a number of the participants in discussions highlighting the value in operators opening their doors to partners – for example advertisers, or banks with which there are shared customers – it will be crucial to tread carefully. Spam is bad enough: perceived spam from a company with which a user has a relationship is worse.

And it doesn’t take a genius to notice that customer concern about privacy is growing, including how it is being used by companies such as Google or Facebook. While the adage that it is easier to ask forgiveness than permission sometimes appears to be central to their businesses, for operators, adopting the same approach would be unwise at best.

For the first operator to be at the centre of a major privacy scandal, the effects are likely to be significant – and possibly greater than the benefits of exploiting all that “big data” in the first place.