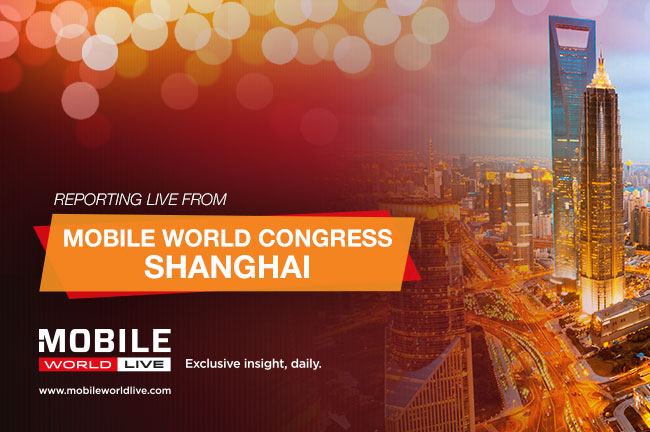 The Mobile World Live team is packing its bags and heading to the world’s largest mobile market, China, for the GSMA’s Asia show. This year we’re taking our coverage up a level. Here’s five reasons why:

BIG news: For the first time, the GSMA’s annual Asia event is a Mobile World Congress-branded show. Mobile World Congress in Barcelona has been a colossus of a show for many years, and now the organisers want to build on that by hosting Asia’s largest ever mobile industry event, Mobile World Congress Shanghai. With an expected attendance of around 35,000, more than 350 exhibitors across three halls showing off the latest tech, and a keynote conference programme featuring CEOs from China Mobile, Docomo, Nokia and Huawei (among others), there’s going to be a LOT of news coming out of the show. Mobile World Live will cover every development, via news stories and daily video highlights.

Exclusive keynote replays: The mobile industry’s biggest names are keynoting at Mobile World Congress Shanghai, and Mobile World Live will ensure you don’t miss a minute of the action. We’ll bring you same-day video replays of every presentation from the three keynote sessions: The Future of Mobile; Mobile Identity for the Connected Life; and The Road to 5G. The line-up reflects the expanding role of mobile, with keynote appearances from ‘white goods’ giant BSH Home Appliances as well as the more traditional tier one operators, handset players and network vendors.

Time to get ‘Scoping: Live streaming video app Periscope is the talk of the technology

world. After weeks of watching all manner of weird and wonderful broadcasts from across the globe (and, admittedly, too many John Legere rants), it’s time for the Mobile World Live team to launch its own series of Periscope videos. The team will broadcast daily updates from the show, as well as footage from the exhibition floor, live conference snippets and hopefully some behind-the-scenes content too. Follow us on the Periscope app!

The lowdown on 5G: OK, so nobody yet knows for certain what 5G will be, but that hasn’t stopped the next-generation tech from becoming one of the industry’s hottest topics. Our coverage of next week’s MWC-Shanghai will feature interviews with some of the most influential execs in the 5G space: we’re talking to the CEOs of LGUplus and NBN-Australia, as well as the CTOs of Docomo, Ericsson (APAC), and SK Telecom. We can’t promise you any definitive answers, but we can guarantee some very interesting and diverse opinions.

Showfloor shenanigans: In past years the showfloor at the Asia event has featured everything from self-driving cars to basketball acrobats. This year we’ll be playing a round of ‘connected golf’ at the Innovation City, helping to develop a comic story with well-known local Chinese comic writer Ding Yichen (who boasts 5 million Weibo followers) and taking part in a Swiss fashion smartwatch challenge.