The 4G effect on UK business 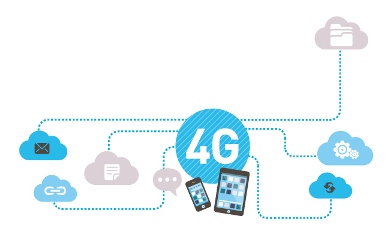 NEW BLOG: Steve Costello says the fourth generation of mobile networks promises to speed up broadband internet access on the move and stretch the reach of real-time information.

At last, competition is hotting up in the UK for high-speed mobile connectivity. The mobile industry passed a milestone on August 29 when O2 and Vodafone switched on their 4G networks, nine months after EE fired the starting gun.

To the casual observer, this is a development aimed squarely at consumers. Films, sport and music feature heavily in mainstream advertising campaigns, with business use getting less attention.

But behind the scenes, these competitors are working diligently to educate enterprises and small-business owners about the potential of the latest technology.

“We are trying to have a conversation where customers can get their heads around the sort of changes in business outcomes that can be achieved as a result of 4G, and I think that is where it is really brought to life,” says Ben Dowd, business director for O2 UK.

This sentiment is echoed by Gerry McQuade, head of business for EE. “Since we launched, we’ve done a lot of ‘seeding’ with our customers, just letting them try it, and they are leading a lot of the thinking. They get the high speed, they get the story around mobility, but when it comes to how it applies to their business, they are coming forward with ideas,” he says.

According to a recent study from Vodafone UK, 86 per cent of business leaders believe 4G will improve productivity by providing a genuine “in-office” experience wherever they are, with 41 per cent planning to start using it in the next 12 months.

4G is, or at least will be, used to power applications, falling roughly into two camps: general business applications, which are common across industry sectors, and services specific to vertical markets.

In both cases, it is the ability to provide staff with faster access to large amounts of up-to-date information, wherever they are, that is the feature giving 4G an edge over existing mobile networks.

“You can imagine situations where the sales team prepares PowerPoint slides and the details they need before they go out to a customer, with everything saved on a computer. There are a huge number of issues with that – continuity of information, the security risk of data held on laptops – whereas with 4G we can provide access to that information quickly,” says Jonathan Kini, head of enterprise commercial marketing at Vodafone UK.

A popular use of 4G is to provide high-speed connectivity to remote sites without the deployment challenges associated with fixed-line services. This is proving popular with industry sectors, such as construction, where a fast set-up is a key consideration and in sectors, such as professional services, where teams often work from customer sites.

And the ability for businesses, from small and medium-sized enterprises through to multinational corporations, to make more use of video is also a key benefit of 4G. “What we’ve spoken to a lot of our customers about is how 4G can provide a lot of that human contact through videoconferencing. People feel like they can actually be in many places at once,” says Kini.

In addition to person-to-person, video can also be used for remote monitoring and for field maintenance applications.

It is not just the private sector that can benefit from the adoption of 4G; public services can also be modernised and transformed, with an all-important eye on efficiency.

In the healthcare sector, 4G can be used to enable staff to access patient information securely in the field, while emergency crews can use video to share real-time information with hospital-based teams to improve the quality of service delivered to patients.

Video can also play an important role for the other emergency services, for example with police able to monitor public-order issues more effectively with a fast set-up time and fire crews able to stream information to control rooms to aid with situation assessments; all the time improving the safety of the officers in the field.

EE is working with London’s Air Ambulance, which is using 4G to deliver information to its various vehicles and to feed information back to hospitals so that the correct staff are available on arrival.

“It’s a really interesting case, but it’s actually a variation of ‘how do I get real-time heavyweight information backwards and forward to people out on the road, in a way that I couldn’t do with 2G or 3G’,” says McQuade.

O2’s Dowd is equally positive about the potential benefits for the public sector. “There’s quite a big drive to get up to speed with the 21st century. We can really make a difference and encourage competition in that space, so we can deliver better services, more cost effectively, for the public sector and UK plc,” he says.

But as much as the market for 4G is now open to competition among the operators, there are still a number of issues for enterprises to take into account, not least that coverage is not yet pervasive, with Dowd taking a conservative view that “4G will start to become quite big in the second half of next year”.

“I think ultimately where we want to get to is to create ubiquitous coverage, so the customer can access the services that they need, when they need them, to make their lives easier,” he says.

Vodafone’s Kini notes that whatever the benefits of 4G, it actually forms part of a raft of connectivity tools available to enterprises. “It’s about what the customer wants and how they can maximise their outcomes – being more connected to their people, better connected to their customers and creating the most agile business they can,” he says.

And EE’s McQuade adds that, while 4G is an important enabler for enterprises, “it’s not the only thing that is changing and driving their thinking”.

The consumerisation of corporate IT, with smartphones and tablets becoming common tools throughout organisations, and apps transforming the way that such devices are used, is also playing an important role in the transformation.

“There is a question about the scale of transformation it enables for businesses because there aren’t any large businesses that don’t have legacy systems that this is going to change,” he says.