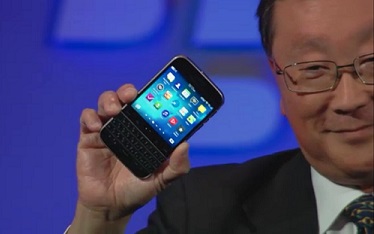 The company reported a GAAP net loss of $148 million, including a $150 million non-cash charge associated with the fair value of debentures and a pre tax restructuring charge of $5 million.

The loss was less than the prior quarter’s $207 million, and considerably lower than the $4.4 billion loss in the equivalent quarter in 2013. The company did however achieve a non-GAAP profit of $6 million.

When discussing the revenue in the company’s results call, CEO John Chen said “to us it’s not satisfying”.

As well as reducing its loss, the company reported positive cashflow ($43 million) for the first time in two years. “We achieved a key milestone in our eight quarter plan with positive cash flow,” Chen noted.

He added that the company’s focus is now on expanding distribution and driving revenue growth: “It is my belief that we can grow and stabilise the company’s revenue in 2016. Sustainable profitability can only come from revenue growth and that is certainly our intention,” he said.

Chen said the company worked to clear its inventory of old devices during the quarter, reducing it by 93 per cent year-on-year. This will help the company drive uptake of its newer devices including the Passport and recently-unveiled Classic (pictured).

“We have a pretty strong device roadmap going forwards and we will discuss this at Mobile World Congress,” Chen noted.

The company said it continues to anticipate maintaining its strong cash position while looking for opportunities to “prudently invest” in growth.

One area of investment is the Internet of Things (IoT): “I believe the investment we made in our technology portfolio, as well as investment in infrastructure, will serve to make us the most complete and integrated platform in the industry for managing IoT devices,” Chen claimed.

The company also announced it has completed the acquisition of voice and data encryption company Secusmart, a deal first announced in July.