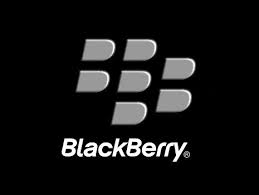 Amazon Appstore is to be made available on BlackBerry 10 smartphones as the struggling device vendor looks to give users greater access to Android apps.

The integration of the Amazon storefront will arrive with the 10.3 version of the BlackBerry OS due to be introduced in the autumn. The Appstore now has 240,000 titles, including popular titles such as Groupon, Netflix, Pinterest, Candy Crush Saga and Minecraft.

The move means BlackBerry can shift its developer programme towards the enterprise, after the company renewed its focus on the sector in November last year.

Amazon will work with BlackBerry developers to help them migrate their product to Amazon Appstore ahead of the launch. Once they have made the shift, developers will be able to make use of Amazon’s promotional tools for improving discoverability and profitability.

The arrival of Amazon Appstore for BlackBerry devices is likely to reduce the incentive for developers of consumer apps to build products for the BlackBerry World app store. After all, building Android apps for the Amazon Appstore will allow them to address Amazon’s Kindle Fire tablets and recently-unveiled Fire smartphone, as well as other Android devices and BlackBerry.

However, as the Amazon Appstore apps will be Android-based, they may not be as optimised for BlackBerry 10 as they would be if they were designed specifically for the OS.

BlackBerry also plans to unveil a new enterprise application partner programme for developers, ISVs and system integrators, with the aim of expanding the number of enterprise apps that run on BlackBerry 10.

Earlier this week, BlackBerry launched the first product as part of its eBBM Suite that will provide messaging services optimised for enterprise use. BBM Protected provides improved security for messages sent between BlackBerry smartphones.

Previous ArticleIndia’s Reliance to pump $11.6B into mobile; 4G launch in 2015 – report
Next ArticleBlackBerry CEO sees return to profitability in fiscal 2016