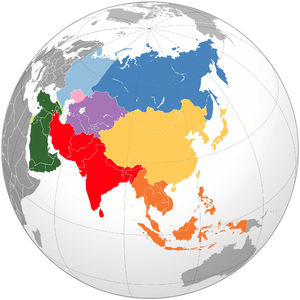 Taiwan suppliers reject Apple’s price demands
Suppliers in Taiwan reportedly have pushed back on requests by Apple to lower prices on components for the upcoming iPhone 7 models, forcing the US-based company to back down on its demands.

DigiTimes reported that Apple asked Taiwan Semiconductor Manufacturing Company (TSMC), Largan Precision and others to reduce prices by as much as 20 per cent even though order volumes for the new models are down 30 per cent from a year ago.

But because it is difficult for Apple to find replacements for TSMC’s foundry services and Largan’s camera modules, Apple was not able to push ahead with the price demands, DigiTimes said.

SKT picks connected car partner
South Korea’s SK Telecom (SKT) is cooperating with Socar, the county’s largest car sharing company, to develop a connected car service that will be tested in a pilot later this year, with a launch expected in the first half of 2017.

SKT will provide its in-car infotainment device, which is equipped with T Map, the nation’s leading mobile navigation service. The cars will be connected via SKT’s IoT network based on LTE-M technology. The operator has rolled out two IoT-dedicated networks, namely LTE-M in March and LoRaWAN in June.

The service will enable users to remotely access the navigation and infotainment services as well as make reservations for car sharing from their smartphones.

Michele Garra, Telstra’s executive director for media, said Australians have embraced streaming video services like Netflix in their living rooms, and it is seeing that appetite move to phones and tablets outside the home.

“Telstra mobile customers can now get Netflix, Stan and Presto, unmetered Apple Music and free access to live NRL or AFL, netball and basketball,” she said.

The offer, which starts tomorrow, is available for customers on selected data plans.

The operator also launched an app that makes it easy to find the sports and entertainment content available in Telstra mobile plans.

The deal also will see Ericsson expand the operator’s 3G and 2G networks.

APT, one of the smallest operators in the country with a 9 per cent market share, has a network sharing agreement with Taiwan Mobile, which supports its underdeveloped 3G circuit switch fallback (CSFB) services, DigiTimes said.

The agreement covers 789km of fiber that will provide backhaul to Zong’s base stations and allow it to expand its 3G and 4G network nationwide, the company said.

Zong, which is owned by China Mobile, has an 18 per cent market share and 40 per cent of the country’s 4G connections.