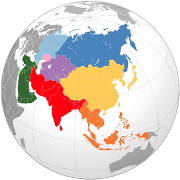 PLDT reshuffles to focus on digital
The Philippines’ largest operator PLDT announced a number of management changes along with its Q1 results, which were mostly flat.

The announcements come as the incumbent pushes into digital services to prepare for the future. “While our core revenue sources undergo this transition phase where the erosion of our high-margin legacy businesses still outpaces the growth of our newer initiatives for now, we are taking significant steps to ensure that we are ready and prepared for the digital future,” said PLDT chairman Manuel Pangilinan.

The company named Winston Damarillo as its chief strategy officer and Joachim Horn as its chief technology and integration adviser.

Charles Lim, currently head of the Individual Wireless Business, will head the Wireless Strategic Investments and Acquisition Group, while Isaias Fermin, head of PLDT Home, will expand his role by leading the entire Consumer Business.

The operator used 60MHz in the 5.8GHz band, which traditionally is used for WiFi, and 20MHz in an unconfirmed LTE band, the Korea Times reported.

LG Uplus said it plans to expand the use of the unlicensed spectrum to 80MHz to boost speeds to 750Mb/s and plans a commercial launch once handsets that support the 5.8GHz band are available.

Globe expands collaboration with Disney
The Philippines’ number 2 mobile player Globe Telecom has entered into a multi-year agreement with Walt Disney to give its customers access to a variety of video-on-demand and interactive content and games on multiple devices.

Hon Hai reports record April sales
Taiwan’s Hon Hai Precision Industry (also known as Foxconn) posted its highest ever turnover in April, with sales increasing 20 per cent to TWD352.4 billion ($11.44 billion) from a year ago and 4 per cent from Q4.

The world’s largest electronics contractor, which assembles iPhones and iPads for Apple, expects lower sales for May and June as the iPhone 6 and 6 Plus approach the end of their life cycle, the China Post said.

Revenue for the first four months of this year increased 16 per cent from a year ago to TWD$1.37 trillion.