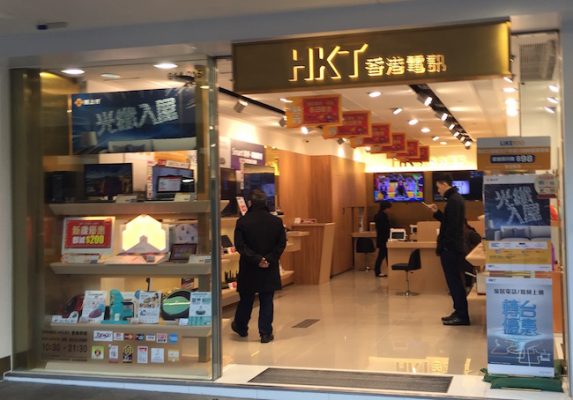 HKT, the largest operator in Hong Kong, recorded stable profit growth in 2019 despite a fall in overall revenue caused by weak mobile phone sales as the territory slipped into recession.

The operator booked an 8 per cent year-on-year rise in net profit to HKD5.22 billion ($672 million). Revenue fell 6 per cent to HKD33.1 billion as a result of a double-digit drop in mobile turnover after a 2 per cent increase in mobile service revenue to HKD8.4 billion was erased by a 41 per cent plunge in product sales to HKD3.4 billion.

Economic woes
HKT credited the product sales drop to a lengthening handset replacement cycle, the pending arrival of 5G models and poor consumer sentiment during social unrest in the second half of 2019.

In a statement, the operator said it delivered a solid financial performance despite a weak global economic environment and challenging local market conditions, with Hong Kong experiencing its first recession in a decade and now being challenged by the novel coronavirus outbreak.

MD Susanna Hui said: “Although investment sentiment in the commercial segment has been blunted, we expect large enterprises, public bodies and the government to continue their digital transformation and infrastructure projects in order to stay more competitive and be more efficient.”

Hui explained the operator is working towards the introduction of 5G service in April for early adopters, adding it believes the technology will open the door to numerous opportunities in commercial applications given its ultra-high speed, massive connectivity and ultra-low latency.

Fixed-line revenue of HKD22 billion was 1 per cent higher.

Capex rose 4.4 per cent to HKD2.7 billion, with the capex-to-revenue ratio increasing to 8.2 per cent from 7.4 per cent in 2018, as the operator expanded its network capacity and prepared for the 5G rollout.

Subscribe to our daily newsletter Back
Previous ArticleBlog: Who will win video streaming war?
Next ArticleOrange points to home comforts as revenue rises